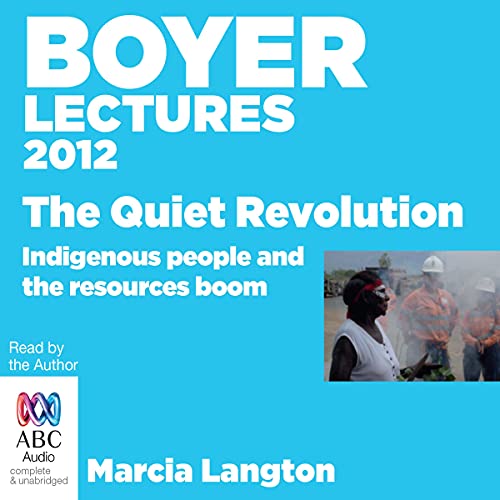 When W. E. H. Stanner delivered the Boyer Lectures in 1968, "After The Dreaming: Black And White Australians - An Anthropologist's View", he gave credence, perhaps inadvertently, to the widely held assumption at that time that Aboriginal life was incommensurate with modern economic life. Today, the expectation is quite the reverse.The emergence of an Aboriginal middle class in Australia in the last two to three decades has gone largely unnoticed. There are hundreds of Aboriginal businesses and Aboriginal not-for-profit corporations with income streams, delivering economic outcomes to communities on an unprecedented scale.

The 53rd Boyer Lectures, presented by Professor Marcia Langton AM, is an investigation into the dependency of Aboriginal businesses and not-for-profit corporations on the resources industry, and their resultant vulnerability to economic downturns.