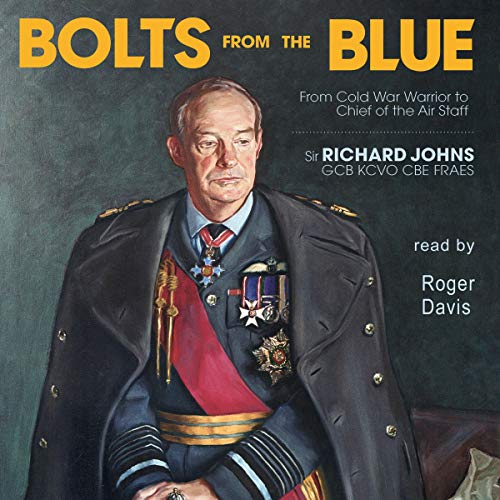 Air Chief Marshal Sir Richard Johns was commissioned at the RAF College Cranwell in 1959 after completing flying training on Piston Provost and Meteor aircraft. Following 9 years service as an operational fast-jet pilot, primarily on the Harrier, he commanded both a Harrier squadron and the Harrier Force in Germany, then became a qualified flying instructor during which time he taught The Prince of Wales to wings standard. A succession of national and NATO senior appointments followed, culminating in his promotion to Chief of the Air Staff and Air ADC to the Queen. On retirement in April 2000, he became Constable and Governor of Windsor Castle. A past chairman of the Board of Trustees of the RAF Museum, he is now president of the RAF Historical Society. His illustrious career gave him the privilege of a rare, if not singular, perspective of the RAF, our sister services and national defence matters, witnessing a steady decline in the combat power of the UK's armed forces as financial management took precedence over identifying strategic priorities and maintaining the vital skill-set of service personnel. His views are forensic and forthright, balanced and thought-provoking and this autobiography should be essential reading for anyone interested in the development of Allied air power over the last 50 years.

Often military biographies can be quite heavy on statistics, thankfully this one is quite light on these details, making it very easy to listen to. Towards the end it becomes a bit dryer due to coverage of defence policies and strategies. Necessary, I suppose, since that is the level which Richard Johns eventually reaches in his long and distinguished career and they are part of his life story.

I have quite a number of audio books now. This will definitely be one which I’ll listen to again.