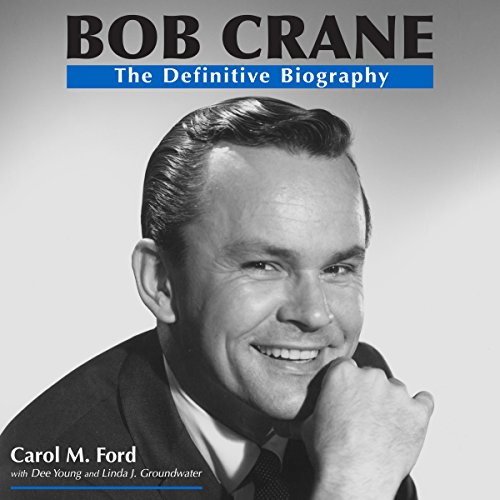 Since his untimely death on June 29, 1978, Bob Crane's unofficial biography has become akin to a broken record. Like a skip in the acetate, his murder and the scandal that grew from it have been the repeated focus of attention, to the exclusion of nearly everything else. Over time, the line between fact and fiction blurred, and his life story became distorted. All perspective on Bob Crane as a human being was lost, and he became nothing more than a two-dimensional cartoon character without depth, understanding, or definition.

Now, nearly 200 people who knew the Hogan's Heroes star personally and better than most (family, friends as far back as elementary school, colleagues in radio, television, theatre, and film) have spoken out on Bob Crane's behalf, and in many instances, for the first time.

Within the minutes of this book, they share their memories and thoughts about a man whom they knew as an exceptional and talented musician, a genius in radio, a sharp-witted comedian, a gifted actor and director, a man driven to success, a doting and loving father, a loyal friend, and a kind and gentle spirit with a sunny personality. A man who, while not perfect, was vastly different from how he has been presented over the decades.

Bob Crane: The Definitive Biography balances the scales and sets the record straight, providing a full and complete history of Bob Crane, clarifying who he really was, and just as importantly, who he was not.

I'm 50yrs old and have been a Bob Crane fan since I was a kid watching Hogan's Heroes. I still watch the show daily. I've read a lot about Bob over the years on the Internet but nothing like what is in this book. The authors did a remarkable job in their research and finding all of the people in Bob's life to interview. If you want to completely know Bob and understand him, this book is for you.

I am a big fan of Hogan's Heroes and wanted to read a good biography on Bob Crane. The authors are obviously very much enamored with Crane and this book was written with a mission to set the record straight about him. To me some of the most interesting parts of the biography are the parts prior to Hogan's Heroes. It really shows how his personality developed and what kind of a person he was and was to become. In fact Crane's rise to starring on his own sitcom was pretty exciting. The Hogan's Heroes part is somewhat anti-climactic as it doesn't really give much dirt on what went on behind the scenes. A lot of the discussions with cast members was more like a testimonial as opposed to a revelation. In fact much of the book sounds like a testimonial because the elephant in the room (which is addressed at the very end) is his catting around and video taping. This is always brought up in virtually every chapter because Crane was not a man to adhere to his wedding vows. Everything is consensual (as you will hear ad nauseum) but Bob enjoyed the women and had a peculiar habit of documenting his conquests. The story post-Hogan is really sad as Crane was typecast and had difficulty finding work pretty much for the rest of his life. He turned down hosting game shows and other opportunities, while admirable because he adhered to his principals it caused problems in his new marriage because of the lack of income. We all know how the story ends and it is sad indeed. There is no speculation on the author's part to pin it on someone, they let the facts speak for themselves and the reader can draw their own conclusions. The worst part of the book is the extended part at the end that went on and on about sex addiction. It was really irrelevant to the biography and more of again the defensive nature of the narrative by the authors to defend Crane vigorously. To me it was a real turnoff and spoiled what I feel is a well researched and interesting book. Do not come here for dirt and gossip. Do come here for a very interesting read about an interesting and talented man with a sad ending. Boomers will be able to understand why certain things occurred because they lived during that era when life was much different than today. Younger readers might not understand and appreciate what took place. All in all very much worth the read and sets the record straight on a lot of totally false gossip.

I loved this book. I have learned more about the man and his addiction.

It takes me FOREVER to read anything. A book for me, would be a year long commitment. I wanted to read this book but I didn't want the traditional book format. We have just gone to Amazon Prime and 2 audible books were included with that subscription.
This was a pleasant and rewarding experience. The narrator Jeff Reim does a great job of reading the book and is able to hold my interest as the story line went on. Reim has a very pleasant voice.
The book itself is well organized and also held my interest. The Biography of Bob Crane is just that the story of his life. I had heard all of the salacious details of his later years but I was more interest in the man and his life.
This book is mostly about Cranes life family and friends. The last 2 chapters delve superficially into the mans addiction and the way he was able to separate his work and his extra curricular activities.
I enjoyed the book and the narration.
RCS

The Title Says It All

Would you consider the audio edition of Bob Crane to be better than the print version?

An amazing amount of research went into this biography. For those who want to know about Bob Crane before he died or starred on Hogan's Heroes, this is the book for you. It provides the reader with the chance to understand just how good Bob Crane was as a radio disc jockey. The later part of Crane's life is also given extensive coverage. Kudos to the authors and researchers of this book.

Clear voice and not monotone.

Worthy book for a worthy subject.

Prepare to be disillusioned...

Colonel Hogan did what??? Just kidding! Yes, aspects of the personal life of Bob Crane came as a bit of a surprise and the sordid details of his death were, well, sordid. But the book is much more than that. If you are interested in radio and TV in that era, this is a great insight. And finding out more about what went on behind the scenes of one of the most popular sitcoms of the 1960s somehow added value to my memories of the TV show itself. It’s worth listening to but it did drag on a bit. Probably could have got the same content in with about 20% less time.