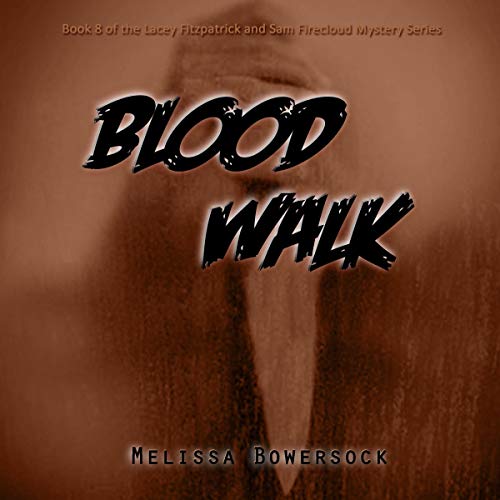 The paranormal investigation team of Lacey Fitzpatrick and medium Sam Firecloud is keeping tabs on a serial killer case that’s baffling the LAPD: Four murders in a month, with no solid leads or suspects. When Sam and Lacey offer their assistance, the PD reluctantly agrees, but Sam gets more than he bargains for when he visits the crime scenes. In addition to picking up impressions from the victims, he’s also receiving feelings from the killer himself. Sam’s unusual connection to the murderer’s mind may help them catch the criminal, but it could also lead the murderer to them. In a deadly race against time, Sam and Lacey piece the clues together to catch the killer before he catches them.

Hopping into this series at random is like catching a random episode of NCIS, the interpersonal aspects of Sam Firecloud and Lacey might be muddled but the mystery itself is totally compelling. While I really hate reading about serial killers and especially about getting inside their heads, at least in Ms Bowersock's fiction I know that they will be stopped and the journey is well worth taking. Which is to explain why I can't say that I love it but value the writing.
Laura Wilson is a very good narrator with lousy soundproofing in her booth.

Blood Walk is the new and exciting mystery to the Lacey Fitzpatrick and Sam Firecloud series. Melissa Bowersock has surprised us again with Sam developing a new phenomenal ability. I was so intrigued that I could not put my kindle down. I was on the edge of my seat wondering if they were going to catch the bad guy an was Sam going to be alright. The best is yet to go with our favorite mystery couple.
I received this book at my request and I am glad I did. I am leaving my honest review here of my own volition. I highly recommend that you do not miss this amazing book.

As usual, Melissa has done it again, another superb book. I have listened to seven so far, and number seven was just as good as number one. Take a listen, I recommend all of the Sam and Lacy mystery Walks.