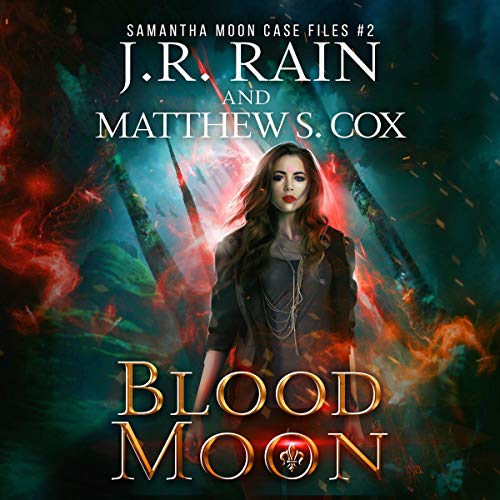 America's favorite Vampire for Hire is back! The thrilling continuation of the Samantha Moon Case Files!

Summer is a great time to visit scenic Richmond, Virginia - except during the start of the American Civil War.

After her attempt to save a young woman goes disastrously wrong, Samantha Moon has wound up trapped in 1862 with no way home to her children. The great, great granddaughter of the voodoo priestess who hurled her back in time refuses to undo the spell. Worse, the few friends she'd made in the past have seen her true nature. Despite saving their lives, Sam parts ways to spare their sanity.

Alone, Sam follows a rumor to Richmond. Hoping this supposed mystic can help her return home, she rushes headlong into the onset of the Civil War. Trying to convince an alchemist who is morbidly afraid of vampires to help one would be daunting enough, even without a war going on. In the chaos of battle, her best hope disappears.

Heedless of what damage she may do to the nation’s timeline, Sam can’t turn her back on those in need. Alas, Elizabeth senses her increasing desperation and plies the temptation of bloody wounded everywhere.

Sam’s already lost in time, but if she’s not careful, she may lose her soul, as well.