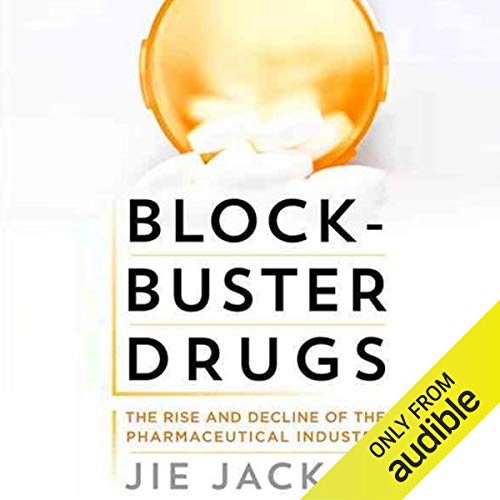 Blockbuster drugs - each of which generates more than a billion dollars a year in revenue - have revolutionized the industry since the early 1980s, when sales of Tagamet alone transformed a minor Philadelphia-based firm into the world's ninth-largest pharmaceutical company. In Blockbuster Drugs, Jie Jack Li tells the fascinating stories behind the discovery and development of these highly lucrative medicines, while also exploring the tumult the industry now faces as the "patent cliff" nears. Having spent most of his career in drug research and development, Li brings an insider's eye to the narrative as he recounts the tales of discovery behind such drugs as Tagamet, Zantac, Claritin, Prilosec, Nexium, Serouquel, Plavix, and Ambien. As he discusses each breakthrough, Li also shows that scientific research is filled with human drama - serendipitous discoveries, sudden insights, tense confrontations. For instance, the author tells of James Black, who persisted in the research that led to Tagamet-and that would ultimately win him a Nobel Prize - despite pressure from top executives to pursue "more profitable" work. The audiobook shows how research behind Prilosec combined creativity, international cooperation, and luck - the turning point being a chance encounter of American and Swedish scientists at a conference in Uppsala. There are also tales of fabulous rewards - George Rieveschl, the chemist who invented Benadryl, made a fortune on royalties - and of unjust desserts. Finally, Li shows that for the world's largest prescription drug manufacturers, recent years have been harrowing, as many popular drugs have come off patent in the U.S. market, meaning hundreds of billions of dollars in lost revenue. Anyone who enjoys tales of scientific discovery, or is curious about the history behind the prescriptions they take, or wants a revealing inside look at the pharmaceutical industry will find this audiobook well worth listening to.

This book contains lots of interesting history of how important drugs were invented, including key principles of medicinal chemistry and Pharma strategy. Unfortunately, those gems are buried amongst boring details like the long biographies of unknown chemists. The chapters have no clear organization or flow. The narrator sounds like a spoof of a British royal on benzodiazepines, with tons of drug and chemistry mispronunciations.

What would have made Blockbuster Drugs better?

The narration on this is abysmal. All sorts of odd (maybe overly British?) pronunciations i.e. meegrain for migraine, beeta blocker for beta blocker and the list goes on. So bad, I'm considering returning it as I'm not sure I can make it through 5 more hours of this. UGH... Really need to read a book similar to this for work...

good information on Pharma industry and well read. worth a read to get a insight on drugs that were invented.

The storyline and the narration are horribly boring. It took me forever to finish this book. It also does not address the issue of how pharma is perceived by the public, as it seems to suggest. Instead, it's a mere historical account of the facts. But it could be useful for those who have a specific interest in the topic because it does pack a lot of info about it.