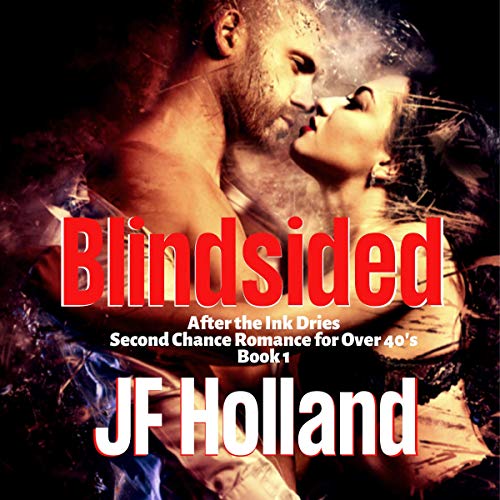 Stand-alone heated romance for over 40's.

Whomever said it was all downhill after 40 were most definitely wrong. For Maggie Lynch, divorced at 42, life was just taking her in a different direction. After starting the group, "After the ink dries", her social life was hectic with drinks and weekends away with her friends. The only thing missing was a little romance, but she was in no rush.

Bumping into Jeremy Dawson at the supermarket of all places, was a huge surprise...and it changed everything. He'd been her first crush and her first heartbreak. Jeremy had asked her out in high school, but she’d been too shy and awkward to accept. After she'd finished school she'd never gotten her chance to rectify the matter as he'd moved away with his family leaving her devastated.

Now, 20-odd years later here he was again...and single. Luckily, so was Maggie. However, now she's older and wiser, and no longer afraid to go after what she wants.

Jeremy is about to be blindsided by the older and more confident Maggie Lynch. The girls have bet her that she can't land Jeremy by summer...game on.

This book was so funny! I especially liked how all the ladies met and formed their group. Maggie is most definitely not looking for love again when she finds her husband cheating with another man of all things. The other ladies throw out a bet when the boy she loved years ago comes back into town and they run into each other. The ladies keep the humor going and Maggie has a few hang ups but it all ends well. I think the narrator did an awesome job with all the emotions and different voices for the individuals in the story.

This was a first for me by this author. The story line pulls you in and the characters are relate able. It did take me a few chapters to get into the narration but after that it was great. Looking forward to more from this author.

A good listen for an escape into an alternate reality where beach bods and monsters aren't wanted. Real people with realalistic issues work to sort them out. I definitely feel like I listened to one large episode of Sex & the City.

Great second chance romance. I liked that the couple is middle age and relatable. The single girls night out and the gift opening with Jerry present - lol!! Could Maggie's ex be any more of a low life snob?? He was despicable then and present day. Who does things like that??!! I really enjoyed meeting Gabe and the girls- humorous and supportive. Laughs and heat. I liked how Hayley accepted and supported all the changes Jerry brought into their lives. I voluntarily listened to a free copy of this and am giving an honest review. The narrator did a great job bringing it to life.

It started out slow, but the book grow on me the more I listened on it. I likes the ending.

The narrator Nigel Kingsward are new to me and did a good job.

I have heard a few of author JF Hollands books before and I like them.

However the narrator was dreadful . On top of that the story is about a group of women so I don’t understand why it’s a male narrator.

I received this book free for an honest review.

Brilliant second chance romance, it’s sweet sexy & funny. Great to have a story about an older couple than the usual twenty somethings,
Gave me a good laugh . Definitely recommend.