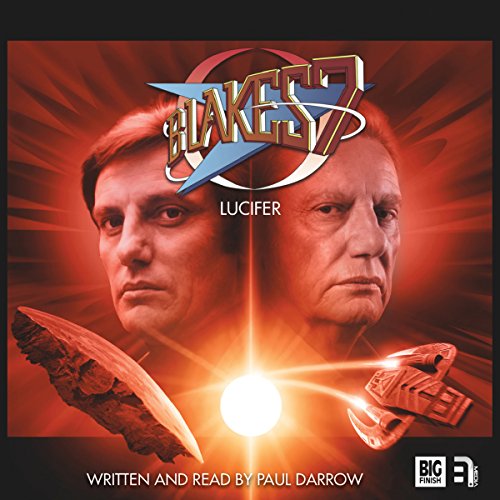 Many legends surround the aftermath of the collapse of The Federation, including the fate of Kerr Avon.... What happened to Avon after the death of Blake and the crew of the Scorpio?

Paul Darrow's vivid reimagining picks up Avon's story at the final moments of the final episode of Blake's 7 and follows him on his fight for survival, this time with no crew and no ship to help him.

The adventure continues years later as Avon, now an old man, finds himself a key player in the game of power politics being played out on a grand scale by The Quartet - four ruthless leaders in an uneasy alliance who govern the world in place of the Federation.

Old enemies resurface and dangerous new ones appear as the time comes for old scores to finally be settled....

great continuation of a much loved saga

I couldn't stop listening to the story, I enjoyed the narration that kept me wanting to hear more and more, I am very much looking forward to the next book!.

Slow, but as patient as a predator.

in Lucifer, there are many contenders for a particular prize: Avon, Servalan, and a cast of new adversaries never before encountered. Each has a history, Each aspire for ultimate power. I couldn't stop reading until the very end.

Fantastic! Great to hear what happened next

Disclaimer- I was a fan. Great to hear Paul Darrow as Avon. It transported me back to my childhood to hear about the scheming between Avon and Servalan! I couldn't work out how he got away, but of course he did. Great story of escape against the odds. Well written, lots of great language.

Paul Darrow was great at portraying Avon and he delivers it well. But 7 hours of his gravitas delivery was monotonous. The character of Avon had become super human...a weapons expert and fighter?
the rest of the characters were too numerous with no depth or explanation of who and why necessary to story.

I love Blake's 7 and cried at the last episode but this was not what I expected nor enjoyed.

The spider will be waiting

A revisiting of the wonderfully nostalgic days of Terry Nation's S.F. series, Blakes's 7, following the tribulations of Blake, an idealistic reformer, and his crew of escaped convicts as they confronted the Federation, and the stunningly charismatic leader, Servalan and her evil henchmen. The series ended with the shocking and totally unexpected ambush and deaths of all of Blake's 7 - with just the possible exception of Avon, the wily and very devious computer expert. This book continues the story from some two decades after the Blake's 7 slaughter, with a new power struggle for control of what had been the Federation, and Avon stranded on a less than technical small planet just biding his time to escape and recover ORAC.

Written by Paul Darrow who was Avon in the T.V. series, in the full grandiose and, even then, rather archaic speech of the original, the book captures the spirit of Blake's 7 perfectly. There is action, plotting, backstabbing - and, of course, the glorious Servalan, no longer President but no less feared and dangerous. For a one time Blake's 7 fan, this is pure nostalgic pleasure. Who cares if it doesn't quite make sense? Neither did the original. And Darrow's distinctive voice, warm but devious, in all of it's Avon glory, puts a final finish to this excellent audio.

Please note, this review is totally subjective. The original series was iconic over forty years ago and still remembered with great affection by this reader; and favourite of the characters were Servalan and Avon, both untrustworthy schemers who only had one side - their own. How good it is to meet them both again in a story written and narrated by the voice of Avon, the late Paul Darrow.

Listening to this reminds me how gutted I was when Paul passed away. As son as he started to speak I grinned.

I listened to it every free moment I had for two days and loved it. The scheming and plotting and political manoeuvring was all great and I enjoyed the balance he struck between how cold Avon can be and those little niggling moments when his conscience does creep through. Some nice references to the original series and it was great to have Servelan so involved.

Avon is probably still my favourite TV character of all time so for me this was perfect and I really enjoyed it.

Paul had such a great voice

It was lovely to hear Paul Darrow once again and spend time with his character Kerr Avon. You can just imagine the smile on his face when on a good roll writing this story, shining a light on his great ruthlessly single minded character Avon. Great job all round and some nice little production touches added to the immersion back to this classic era of space fiction.

Much better than I expected from an Avon story. Paul Darrow had constructed a satisfyingly complex story.