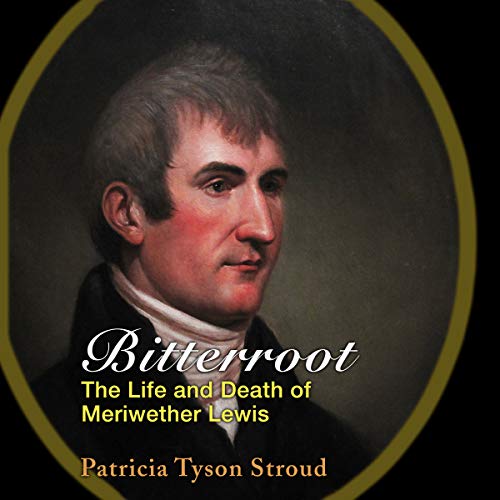 "A refreshing and overdue new perspective on the complicated and often contradictory life of Meriwether Lewis." (Landon Jones, author of William Clark and the Shaping of the West)

"A learned account of the heroic and tragic life of Meriwether Lewis set in the historical context of early America." (Alfred E. Schuyler, the Academy of Natural Sciences of Drexel University)

In America's early national period, Meriwether Lewis was a towering figure. Selected by Thomas Jefferson to lead the expedition to explore the Louisiana Purchase, he was later rewarded by Jefferson with the governorship of the entire Louisiana Territory. Yet within three years, plagued by controversy over administrative expenses, Lewis found his reputation and career in tatters. En route to Washington to clear his name, he died mysteriously in a crude cabin on the Natchez Trace in Tennessee. Was it a suicide, felled by his own alcoholism and mental instability? Most historians have agreed. Patricia Tyson Stroud examines the evidence to posit another, even darker, ending for Lewis.

Stroud uses Lewis's find, the bitterroot flower, with its nauseously pungent root, as a symbol for his reputation as a purported suicide. It was this reputation that Thomas Jefferson promulgated in the memoir he wrote prefacing the short account of Lewis's historic expedition published five years after his death. Without investigation of any kind, Jefferson, Lewis's mentor from boyhood, reiterated undocumented assertions of Lewis's serious depression and alcoholism.

Through a retelling of his life, from his resourceful youth to the brilliance of his leadership and accomplishments as a man, Bitterroot shows that Jefferson's mystifying assertion about the death of his protégé is the long-held bitter root of the Meriwether Lewis story.

Bitterroot: The Life and Death of Meriwether Lewisに寄せられたリスナーの声

This is a new biography of Meriwether Lewis. Stroud appears to be careful about separating verifiable facts from misinformation. The author examined his death attempting to separate fact from fiction. The author attempted to sort out fact from fiction regarding his death; but in my opinion, there was inadequate data to accurately make a decision about the cause of his death. Stroud examines the complicated and contradictory life of Lewis. The author did an in-depth analysis of his work and life. The book is well written and meticulously researched. Stroud also examined the relationship between Thomas Jefferson and Meriwether Lewis. I found the book easy to read and enjoyed learning more about Lewis and his times. If you are interested in United States history, this is a book for you. The book is ten hours and twenty-six minutes. Mark Caldwell Walker did a good job narrating the book. Walker is a voice actor and audiobook narrator. This is my first experience with the author and narrator.

this is serious, fascinating and profound