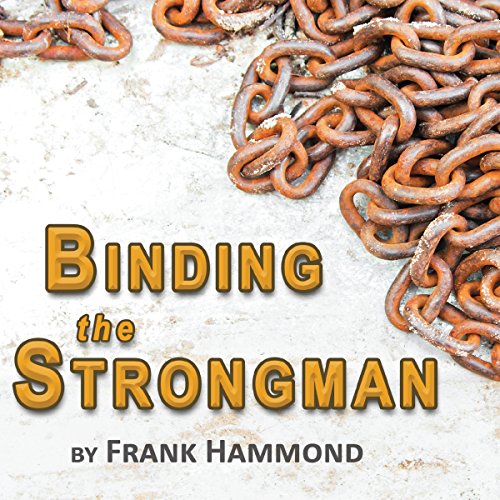 There are strongmen in the demonic kingdom--spirits that rule over individuals, families, cities, and nations. Scripture reveals there are also godly, angelic rulers assigned to watch over every family and nation. God has an army. He is the Lord of Hosts, the Lord of Armies.

In Daniel 10 the command was issued for Michael to fight against the strongman holding the people of Israel in bondage. He came against the prince of Persia so God's people might be set free and return to their homeland. Before this event ever took place on Earth, it was accomplished in the heavenly realm. The powers of the demonic princes were broken by the angelic forces of the hosts of God, and it set the people of God free.

SO VERY NECESSARY TODAY AND A WEALTH OF KNOWLEDGE

Thank God for this powerful teaching by this anointed man of God . Teachings on Spiritual Warfare, rooted in the Word of God, that inspires and feeds your soul is what one receives in listening to or reading this book.

I am currently a very avid reader and student of spiritual warfare. The information is clear cut and to the point. It kept my attention and has answered some questions I had remaining from my studies.

This book has been very helpful. I have been paying close attention to things that are happening in my personal life, my family's life and even in the community I live in and some close acquaintances. I even felt the presence of an octopus spirit that is trying through familiar situations and new ones, to cause me as well as others to return to areas of our life which God has delivered us from. Yes, the book has helped me much, because oftentimes, because we live in a physical world; we forget that through and in Christ we sit in heavenly places with him and we oftentimes, allow ourselves to be defeated by the powers of Satan which is beneath us/ that we have been given power and authority over. I would refer this book to anyone who is in Christ, and is experiencing spiritual warfare. It is a great start to overcoming those entities, wherever their presence is in your life.

Amazing in every way. Frank has the anointing that break curses and demons! Great book!

I absolutely love this app because I am a very busy person and I also love to read. and I can still do what I have to do and listen to a great book at the same time. to tell you the truth have me spoiled.

It's Time to Unlock and Get Free

The Word of God says "If any of you lack wisdom, you should ask God, who gives generously to all without finding fault, and it will be given to you. "James 1: 5 proverbs 4 :7 the beginning of wisdom is this: get wisdom. Though it cost you all you have, get understanding. This is what you get when you listen to this audio book, wisdom and understanding to be set free

Great listen, well worth it. Let the saints be strong and encouraged. Praise the Lord!

love the book, much needed topic to be talked about especially in the American Church, and would absolutely recommend this to anyone who is interested in learning more about spiritual warfare

I really enjoy the teachings of Frank Hammond. However I wish it was stated these books are his actual sermons.

EYE OPENING!!!
Should be REQUIRED READING for every Christian!!! Important instruction deliverance ministries shouldn't be without!!!

Demons are very real and it’s our job to cast them out in Jesus name, a good listen to help with the task
!