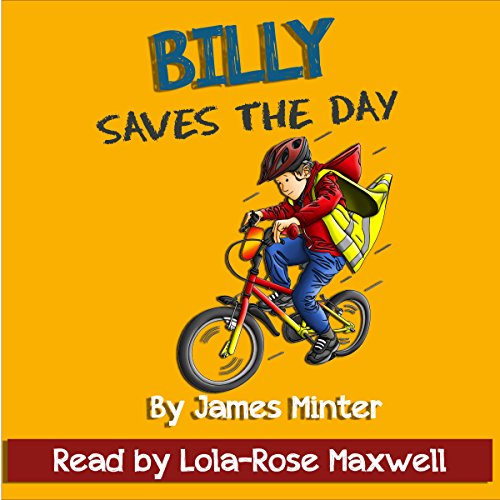 Billy Field is given an opportunity to act in the school play, but he tells himself he can't do it. He convinces himself that he'll never learn all the lines. Feeling unsure and vulnerable, he thinks of all the ways he can get out of playing the part. Instead he becomes a member of the stage crew, and without even realizing it, he learns the lines, not only for the main part but all the other parts too. Following an accident befalling Ant Turner who is playing the lead role, the play might have to be cancelled.

Is Billy able to play the main part? Will Ant be well enough to save the day? Does Billy overcome his lack of self-belief?

Billy Saves the Day is the sixth title in the Billy Books series. Each book addresses a unique topic - bullying, arrogant pride, jealousy, lying, stealing, lack of self-belief, understanding money, and secrets. Written to help parents, guardians and teachers deal with the issues that challenge pre-teen children, each topic is presented in a gentle way through storytelling. Setting the issues in a meaningful context helps children to understand the challenges, and to see things from a different perspective. The books act as icebreakers allowing for discussions of difficult subjects.

Downloading this book today will aid your child to gain confidence in their abilities and belief in themselves.