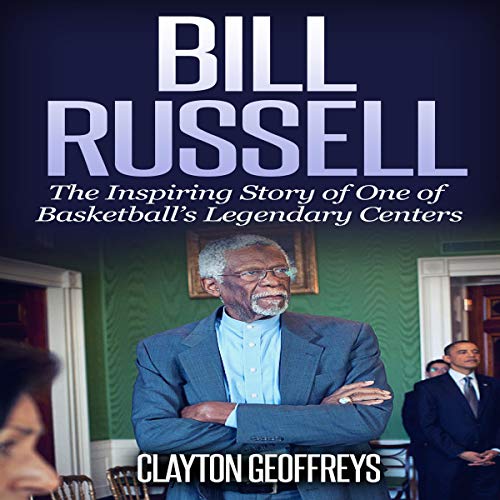 Bill Russell: The Inspiring Story of One of Basketball's Legendary Centers

In Bill Russell: The Inspiring Story of One of Basketball's Legendary Centers, you will learn the incredible story of one of basketball's greatest players of all time, Bill Russell. In his 13-year career, Bill Russell accomplished what many NBA players today would dream of. He was an 11-time champion, 12-time All-Star, and five-time Most Valuable Player. He won the MVP award so many times that the league renamed the trophy after him in 2009!

Even today, his accomplishments stand among the basketball elite in pedigree. It'd be difficult to envision another player achieving the stat sheet that Bill Russell was able to when he played the game. Pick up this unauthorized biography today to learn the inspiring story behind Bill Russell.