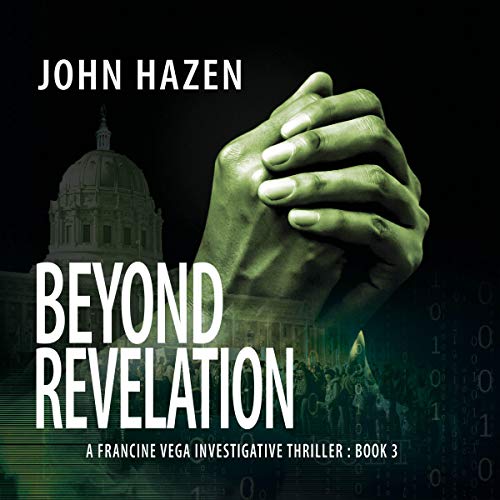 Is Beyond Revelation a reclusive religious order preparing its flock for the second coming, or is it a cult with much more sinister intentions?

When New York City TV reporter Francine Vega travels from "the city" to a small New England town to hunt for a friend who has gone missing, she finds that the disappearance may be tied to Beyond Revelation and a Russian-funded nationwide conspiracy. To find the truth, Vega works with the press, the FBI, religious leaders, civil rights leaders, and even the president as she races against the clock to rescue her friend and avert a national calamity.