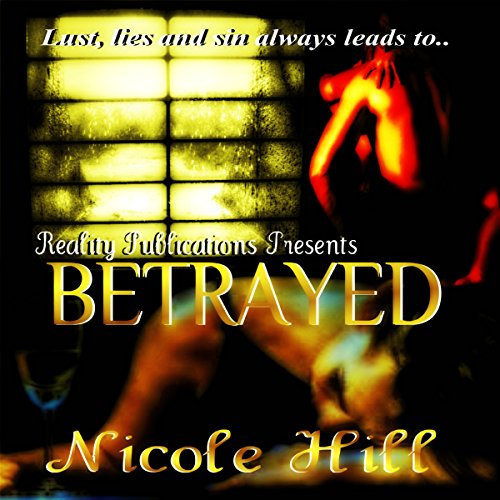 Step into my world, let me take you on a journey of sex, lies, and betrayal. How would you feel if you found out your best friend was really your foe? The one person you thought had your best interest at heart was really plotting against you, waiting for your downfall.

Khloe and Carrie have been friends since elementary school. Carrie has a secret she's been hiding from Khloe. Will Carrie keep blaming Khloe for what happened? Will she share her secret or make Khloe's life a living hell?

Trina has betrayed so many people it's hard to keep count. Breaking up Khloe's relationship with Dre wasn't enough for her. She wants everything Khloe has. Will Trina succeed in sabotaging Khloe's life or will Karma catch up to her first?

Khloe was devastated when she caught Dre in an uncompromising position. She thought life was over until she met the handsome dread head, Jason, from New York. She goes against her better judgment and decides to give him a chance. Will he prove to be her knight in shining armor or her worst nightmare?

book was good. like that it jumped a few years after khloe and dre broke up. tell story that you have to watch your own back even with friends

I love this story, it has me on the edge of my seat. I can't wait to read part 2

I enjoyed this book a lot i listened at work with some coworkers and we all laughed at certain events and how funny the characters were the drama kept the story going and i was able to finish fast!

I'm ready for the next book. This one caught my attention from the start and did not disappoint. Only one mishap with the name of who was talking but otherwise I was glued to it.

I enjoyed the audiobook version of this story. It has everything needed to fulfill a readers quest for a great story. The flow was smooth and the characters were easy to follow. I can’t wait for part 2. Nicole’s books are awesome and I can’t wait to read more of her work.

I enjoyed this book!

This book is full of twist and suspense. It leaves you on the edge because you want to know what’s going to happen next. Nicole Hill is an author I’m going to add to my favorite author list. I can’t wait to see what happens in the next book.

Urban Fiction with a suspenseful twist...

The narrator doesn’t do this story justice.

Overall storyline was was well written with an easy flow. I definitely liked the plot twist with the characters. Not at all what I expected...can’t wait to find out what happens in Betrayed 2.

it was awesome I can't wait to get into 2 and 3. this is my second series by this author and she definitely has a new fan.i win by reading anything by her

The story had a lot of twist and turns that I was not prepared for. On one hand you could say it was too many “surprises “ but on the other hand you can say it kept you guessing and intrigued to find out what other secrets this groups has. Looking forward to part 2.

THE BETRAYAL IS REAL!!!

I was gifted this audible book annnnndddd boy let me tell you......THE BETRAYAL IS REAL!!!!! If you want a good no great suspense then this is the book for you. It was one shock after another. Nicole did her thang with this hot hit!!!! I think i might have to listen to it again!