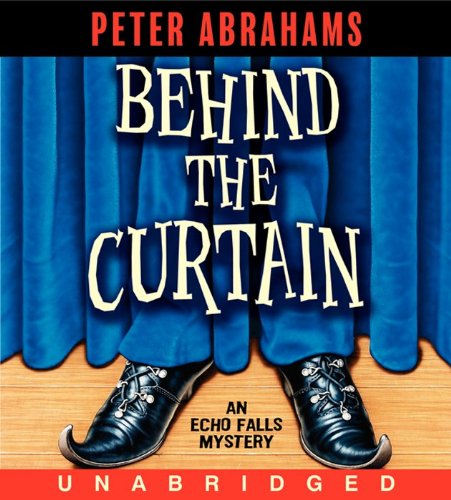 "This is a fast-paced mystery with well-defined characters and a plausible plotline and ending. Although a few references are made to the earlier book, this enjoyable story stands on its own." (School Library Journal)

In Echo Falls you never know what's coming next, and everyone has a secret.

Things are amiss at 99 Maple Lane: Ingrid's dad's job is in jeopardy, but he won't explain why. Ingrid's brother, Ty, is getting buff, really buff, but when Ty starts getting moody, Ingrid wonders if there's more to his physical fitness than lifting weights. Meanwhile, Ingrid's beloved soccer coach is replaced by an icy newcomer named Julia LeCaine, who seems a little too savvy to be in it for the postgame pizza.

True to her hero, Sherlock Holmes, Ingrid begins fishing around to find out who's really pulling the strings in Echo Falls. But one morning, while en route to the dreaded MathFest, Ingrid is kidnapped and locked in the trunk of a car. Even if she escapes, will anyone believe her story?

In this sequel to Down the Rabbit Hole, a clever young girl learns that mysterious forces are at work in her town, and exposing them could put her life in jeopardy.

Behind the Curtain Review

It was a good story and really captured our attention making a long car ride much easier. If you are a fan of suspenseful and mysterious books I think you would really enjoy this story. This book is full of unexpected twists and turns. It is hard to piece the mystery together yourself as the story is always evolving and changing making it an interesting read.

I loved this book! I thought it was a great sequel to the first book. (Down the rabbit hole). ♥️♥️😁 I give it 5/5 stars ✨. I thought it was great and I highly recommend the whole series to anyone.

Almost an exact replication of The Tutor

I just finished The Tutor novel by the same author and actually enjoyed it. Picked up this book which turned out to be almost the same replication of The Tutor, only with different antagonists. Also, the narrator's constant swallowing and deep breathing made this audio book less enjoyable.

love it. loving every story so far can't believe Julia did it I thought it was some one else