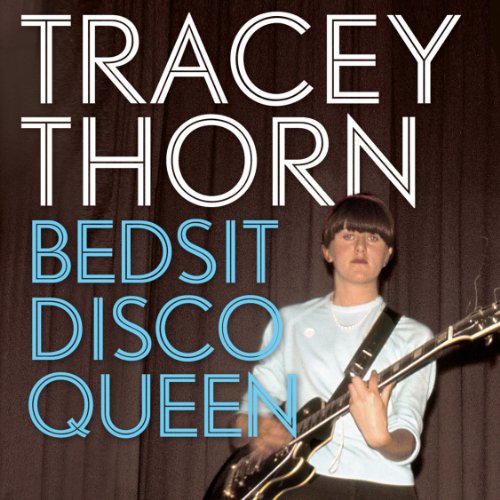 The Sunday Times top ten bestselling memoir of Tracey Thorn's 30-year pop career with Marine Girls and Everything But The Girl, and her collaborations with Paul Weller, Massive Attack and Todd Terry.

'I was only sixteen when I bought an electric guitar and joined a band. A year later, I formed an all-girl band called the Marine Girls and played gigs, and signed to an indie label, and started releasing records. Then, for eighteen years, between 1982 and 2000, I was one half of the group Everything But the Girl. In that time, we released nine albums and sold nine million records. We went on countless tours, had hit singles and flop singles. I've seen myself described as an indie darling, a middle-of-the-road nobody and a disco diva. I haven't always fitted in, you see, and that's made me face up to the realities of a pop career.'

From post-punk teen-band rivalry in suburban Hertfordshire to international chart-topping success via a shared bedsit in Hull, and three decades of touring and making music, this is the funny, perceptive and candid true story of how Tracey Thorn grew up and tried to be a pop star.

A treasure of insight

For a while I've been an EBTG fan. Thorn's book shines a light on a brilliant career but most of all a music fan as well.

In this book Tracey peels back the layers and shares who she really is. It's refreshing to see she isn't just another big headed glitzy musician. She's real and raw and suffers from the same anxieties most people do. I didn't think I would like the book, but it was written very well and honestly just a really good book.

A fun description of a unique experience in the music biz. Tracey stays true to herself and makes songs that resonate with real experience because of it. The rare tale from this era told by a woman, too! #feminist #music #england #popstar #memoir #tagsgiving #sweepstakes

What made the experience of listening to Bedsit Disco Queen the most enjoyable?

Tracey Thorn reading her own book in her own unique voice

What was one of the most memorable moments of Bedsit Disco Queen?

What did you love best about Bedsit Disco Queen?

That Tracey wrote and narrated it

That it wasn't a gossip-fest or tell-all, but a genuine description of what it was like for her to become a musician. If you like books like this, a GREAT one is Ann & Nancy Wilson's book - give it a try!

Have you listened to any of Tracey Thorn’s other performances before? How does this one compare?

Yes, of course I knew her work, but had not seen any interviews, etc. I didn't really understand the title of the book though

I wished Tracey would have described her relationship with Ben in more detail (I am a romantic and think it's great they are still together after all these years!). I also liked how there were a few snips of music in the book

Everything but the juicy bits.

Lots about this book was fab. The early years, sticking out as odd in Suburbia, Popstar Tracy at Hull Uni, buying a guitar and signed a year later with the Marine Girls. But as with most celeb biogs it's the "missing" bits that are most felt. The whole story was overly padded out with verbatim reviews from various magazines such as NME and Q Magazine. I wanted to get inside her head rather than into the cuttings file.

I learnt lots about the Indie scene I hadn't really followed at the time and enjoyed the refreshing take on parenting while on tour. Milk and Haribo on the rider etc. The reviews and diary entries went too far though. It did feel a bit like an undergraduate overly quoting and foot-noting references in a first year essay. A lot of people will find this bit fine. Especially fans.

I enjoyed the bit where George Michael turns up in his Chelsea tractor on the school run. While Tracy felt embarrassed I couldn't help wondering what kind of school the ex-red wedge girl was sending her kids to. Strangely, finance is hardly discussed in the book - something that might be none of the reader's business. But how soundly does a millionaire bedsit disco queen sleep at night given her past principles??

If this book were a film would you go see it?

Yes. The soundtrack would be amazing.

My review sounds a bit harsh, but I did really enjoy the listen. I was entertained, amused and informed. The musical interludes were a fantastic addition that really complemented each chapter. As with most autobiographies the writer seems like a closed book. Over reliance on old diary phrases and press cuttings and even quotes from her partner's book in place of genuine revelation from the heart. In the end, hugely listenable but not enough juicy bits.

Honest, engaging and enjoyable throughout. Only a peripheral EBTG fan, but still loved it. Found it strangely soothing. A really nice balance of personal and professional stories delivered with a generous dose of humility. Recommended (especially if you grew up thru the same times). Recommended...even if you didn't.

very good autobiography. well worth a listen . Tracey narrates it beautifully. wish it was longer.

If you love music & musicians you will love this

Gives a music lover an insight into how bands are formed and make music. Insiteful.

Basically, this is an advertising campaign of a book, that doesn't appear to know that this is what it is. Every sentence, appears to have a downward inflection. Every achievement seems to have a vocal undertone of early eighties sadness. It could be re-titled, "I'm having a wonderful life and I blame Thatcher"

I was a 'fan' of EBTG and have always thought that Tracey Thorn's unique voice was generally under-appreciated. So too her written word - this should be a classic. It romps along slowly, tells its story and then moves on - brilliant, moving and well worth a credit.

A career I didn't realise until reading this story

This is an amazingly writen story of Tracey's life in music! her writing is brilliant! listening to her voice through out I couldn't stop! Great performance!

Really enjoyed this, an insight into the ups and downs of the pop star business.

True, non 'star struck', down to earth telling it like it is for a music personality

A terrific book which benefits from the audio book format by using the artists music to illustrate and add colour to the events described. I sometimes struggle to get to the end of audio books but not this one. The authors warmth and character shine through. I would highly recommended this to anyone who grew up in the 80s or just enjoys learning more about the realities of the music industry.

Loved this story - love Everything But the Girl even more now! Beautifully read too.

Evocative of the 80's

I got my o ld 80's vinyls out recently having bought a new turntable. amongst them was Eden, one of my faves from the 80's and I often wondered where EBGT are at these days ( I moved to Australia in 91). Then hearing Tracey on DID and finding out about the book was a real trip back in time. The book is beautiful. The modesty and self doubt make her human just like the rest of us mere mortals and you feel like you will soon pass her in the street and shout Hey Tracey ! as if you know her. that's the mark of a great bio...