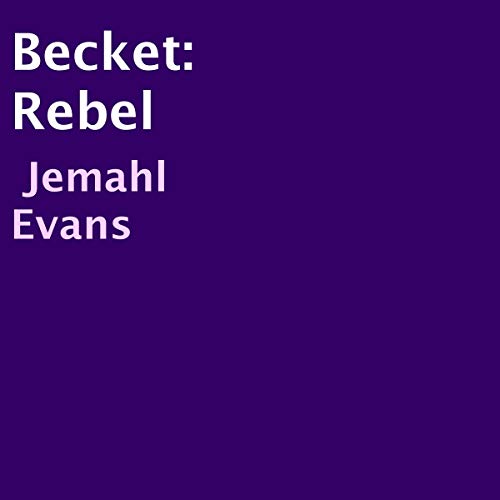 “Evans turns Becket into a flesh and blood character.” (Richard Foreman, author of Band of Brothers)

Thomas of London, the reluctant Archbishop of Canterbury, was an ambitious courtier who thought of nothing but pleasing his King. Now he must prove to the English church and his former master that he has been directed towards a new calling.

The fiery King Henry II and calculating Archbishop were once as close as brothers. But their professional duties impinge upon their personal relationship.

Crown and church, embodied in the persons of King and Archbishop, must confront one another.

Henry aims to subdue the rebellious clergyman in Northampton, but Thomas plans to escape to the Pope in France.

King Louis of France and Pope Alexander are both wary of supporting the Archbishop and angering the vindictive Henry.

As agents scour England for the rebel, Thomas must evade them and find allies in his perilous dispute with the English King.

The road to liberty will be a bloody one.

“The research is impeccable and the writing full of verve.” (Antonia Senior, The Times)

"Warrior is a swift, breathless plunge into the high medieval period." (J.A. Ironside, author of The King's Knight)

Jemahl Evans is the author of the acclaimed Sir Blandford Candy series of novel. He lives in West Wales.

To Serve God or King

In this book, Evans chronicles the epic battle between King Henry and Archbishop Becket. It's a well written book of fiction that scrupulously follows the established history and helps to add some clarity as well as a good deal of humanity and "colour" to two of the most widely discussed characters in English medieval history.
I really enjoyed this book although I can't quite decide whether I like Becket better or worse seeing him through Evans' eyes. He was clearly driven by his conviction that the rights of the church needed to be protected from the rising secular power of Europe's monarchs, but it would be easy to see this portrayal of Becket as a master manipulator, carefully orchestrating events and playing the role into which Henry had forced him like a master thespian.
If you're a student of English history or just want to have a closer look at some of it's greatest characters, this book is well worth your time.

"The Church is my shield."

The second of Jamahl Evans' short (3 hours) books about Thomas of London, a man born of lowly birth who became one of the most powerful men in England through his close - almost brotherly - friendship with King Henry II. But after reluctantly accepting the position of Archbishop of Canterbury, Thomas, who always strove to be 'the Best', had to chose his master: his friend and King, Henry or the Church.

Another well written and fascinating slice of medieval history presented in an easy to absorb style. This book, unlike the predecessor, concentrates far more on Thomas, himself, and brings to life the man and his world. Bill Allender again narrates with clear voice, well modulated and pleasant to the ear. Exciting and insivhtful, this book is definitely recommended for everyone, not just those with an interest in the period.

My thanks to the rights holder of Becket:Rebel, who, at my request freely gifted me with a complimentary copy via Audiobook Boom.