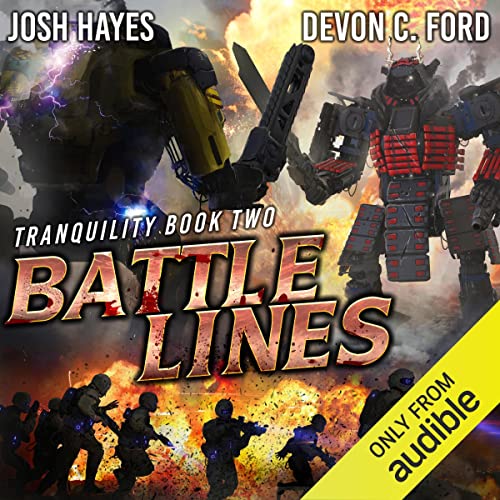 The Hive is gone, but the queen’s effect on the world lingers.

As the people of Tranquility rebuild, those touched by the alien creature struggle to come to grips with what was done to them and the pain they’d caused to their friends and family. Joel Lander is no stranger to their hardships, but with a new threat looming, they have precious little time to lose.

The fight for Tranquility is not over.

Lander has defeated the Asiatic Chinese Alliance once before, but out here on the frontier, with no allies and nowhere to retreat, the odds are once again stacked against him. As old demons appear from his past and enemies press against him from all sides, new champions are forced to step up and fight.

Battle lines have been drawn, and the victors will decide the fate of the world.

Book two of an action-pack new military sci-fi epic from best-selling authors Josh Hayes (The Valor trilogy) and Devon C. Ford (After It Happened). Starcraft meets Titanfall in a thrilling battle for survival.

A fantastic follow on from book one, filled with intrigue and betrayal and epic battles. cannot wait until book 3!