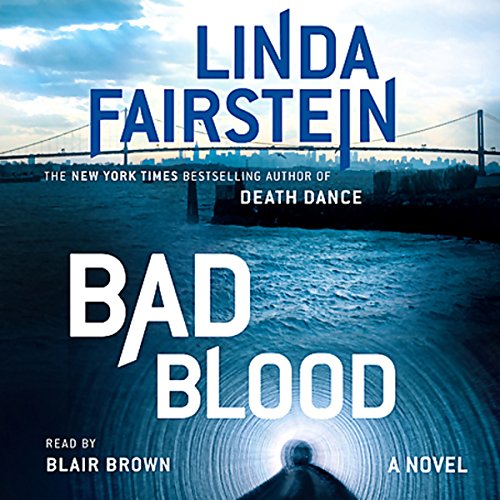 "Crisp writing and Fairstein's enviable capacity to translate her own experience as a prosecutor into an accessible plot puts this series a cut above most entries in this crowded subgenre." (Publishers Weekly)

Assistant D.A. Alexandra Cooper is deeply involved in a complicated, high-profile homicide case against defendant Brendan Quillian, a prominent young businessman who is charged with the strangulation of his beautiful young wife. His conviction is not a certainty: Quillian was conveniently out of town on the day of the killing, and his defense attorney seems to be one step ahead of Cooper's effort to prove Quillian paid a hit man to commit the crime.

Halfway through the trial, a major catastrophe alters the course of Cooper's case. A cataclysmic explosion rips through New York City's Water Tunnel #3, a spectacular feat of modern engineering that will be completed years in the future. Was the blast caused by terrorism? Political retribution? Or was it merely an accident? Cooper is quickly drawn into the tragedy when she discovers a strange connection linking Brendan Quillian to the tunnel workers killed in the explosion.

Told with Linda Fairstein's trademark blend of brilliant detective work, cutting-edge forensics, and electrifying courtroom drama, Bad Blood is packed with the twists and turns that never fail to thrill her legion of devoted fans.

The last couple of Ms. Farstein's books have not been available in unabridged format. This is a serious mistake. It is very difficult to follow a book of this type without listening to all the text. I will probably not bother with her next one unless it is available in unabridged format. I liked her earlier works, but this one is definitely not her best.

Bad Blood is a Good Story

Assistant D.A. Alexandra Cooper and her partners-in-crime, Mike Chapman and Mercer Wallace, explore New York's underground water supply system to solve a mystery. Alex and her detective friends are on the war path looking into the lives of a complicated American family of Irish ancestry. Listeners have the opportunity to enter some of New York's underground world.
I wish I had bought the unabridged version.