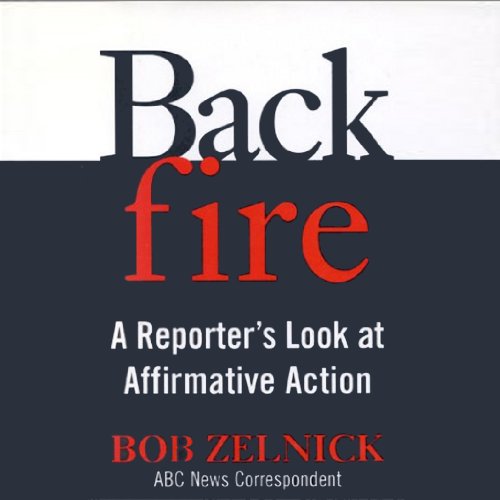 In this urgently important book, Zelnick looks past the good intentions to how affirmative action really works in such areas as voting rights, employment, minority set-asides, mortgage and insurance regulation, and education. Buttressing his case with the latest research data and scores of real-life examples, Zelnick shows overwhelmingly that affirmative action: favors the less qualified over the more qualified; endangers public safety in such areas as crime and fire prevention, and even medical care; has made it all but impossible for business and government to use objective merit selection criteria in hiring and promotion; brings few benefits to those most in need of help, and benefits mostly those who don't need it; distracts from - and even exacerbates the real causes of misery among inner city blacks; has developed powerful constituencies in business and government; has been broadened for political purposes to include beneficiaries who want relief but lack the historical claim of blacks; legitimizes negative stigmas about minorities and pandering to the darker instincts of racial animosity; and as an ideology has proven immune to conclusive evidence that it is counterproductive.

Zelnick traces how affirmative action was first sold as a short-term program designed to expand employer awareness of qualified minority job applicants, but instead has become a coercive network of race-conscious laws, regulations, quotas, preferences, and entitlement programs - in short, an assault on the very value of equality of opportunity it was supposed to promote.

Zelnick also shows how affirmative action is increasingly being challenged in the courts and political arena. He concludes with an in-depth, behind the-scenes report on the affirmative action battles now raging in California, whose outcomes will have major consequences nationwide, and for years to come.

The motivation behind affirmative action comes with the best of intentions: to help lesser-advantaged groups gain a foothold in positions of power previously held only by the privileged. Backfire by Bob Zelnick, a former ABC news correspondent, advances the argument that such practices cause more damage than societal benefit.

Looking at areas like job hiring practices, mortgage regulation, and employment, Zelnick uses data to show how affirmative-action policies harm the disadvantaged groups they set to promote and even jeopardize public safety.

Peter Johnson evokes a newscaster’s evenhanded tone in his performance of this screed against political correctness.