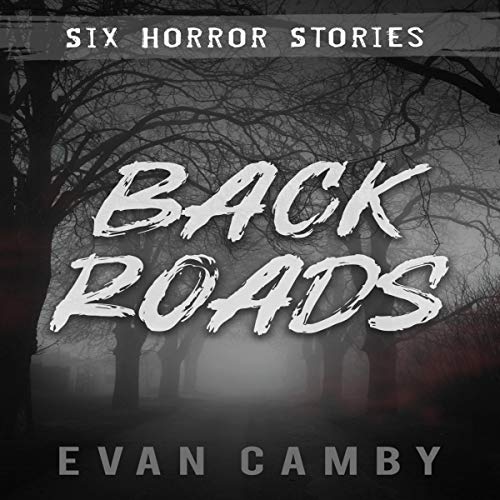 Ever traveled down a winding, tree-lined road at night?

These six horror stories take place in those “out of the way” locations: miles off of the beaten path, not another car or house in sight. The familiar, comforting sounds of civilization are long gone, replaced only by an unnatural silence and sense of unease as you venture deep into unknown territory. Take a trip down the back roads with this collection of scary stories from Evan Camby, author the award-winning Walking After Midnight: Tales for Halloween. Just remember to keep your headlights on - and don’t forget to check the backseat.

"Ghost in the Garden"

When a young nanny is hired as the sole caretaker of two young children at Weeping Gardens, she discovers that someone, or something, lurks among the willows.

A photography blogger is dared to visit Danbury House, the site of infamous unsolved murders, and she soon learns that the things she wants to capture on film...want to capture her, too.

A grieving novelist retreats to a cabin in the Hudson River Valley to complete a book and becomes locked in a battle for his sanity...and his life.

American newlyweds traveling through the remote moors of Northern England come upon an ancient, medieval village which holds a terrifying secret.

When a young, down-on-his-luck veteran comes across another hunter, things change, and he has to rely on his experiences and instincts to solve a very big, very dangerous problem.

Christopher drives out to a spot in the country where he passed many happy days fishing as a young boy. Soon, he realizes that the warnings his grandfather once gave him about this place were anything but a joke, and he must dig deep to find the courage to save himself.