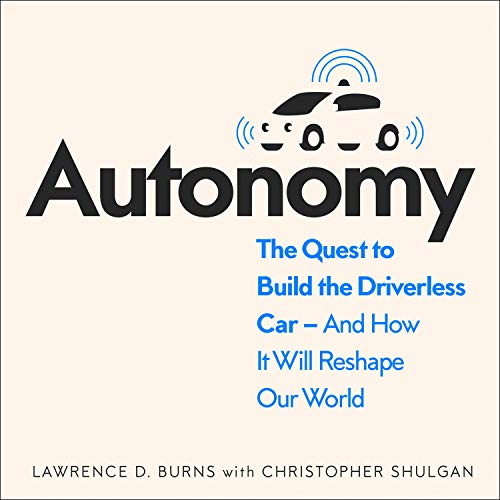 "Truly fascinating." (Brian Merchant, author of The One Device)

"If you want a glimpse of how the future is being engineered today, there is no better book." (Jeffrey Sachs, author of The End of Poverty)

"An entertaining and accessible account of the biggest disruption in the history of the auto industry, and indeed the entire transportation industry." (Rick Wagoner, Former Chairman and Chief Executive Officer, General Motors)

From the ultimate insider - a former General Motors executive and current advisor to the Google self-driving car project - comes the definitive story of the race between Google, Tesla and Uber to create the driverless car.

We stand on the brink of a technological revolution. In the near future, most of us will not own automobiles but will travel instead in driverless electric vehicles summoned at the touch of an app. We will be liberated from driving, so that the time we spend in cars can be put to more productive use. We will prevent more than 90 percent of car crashes, provide freedom of mobility to the elderly and disabled and decrease our dependence on fossil fuels.

Autonomy tells the story of the maverick engineers and computer experts who triggered the revolution. Lawrence Burns - longtime adviser to the Google self-driving car project (now Waymo) and former corporate vice president of research, development and planning at General Motors - provides the perfectly timed history of how we arrived at this point, in a character-driven and vivid account of the unlikely thinkers who accomplished what billion-dollar automakers never dared.

Beginning at a 2004 off-road robot race across the Mojave Desert with a million-dollar purse and continuing up to the current stampede to develop driverless technology, Autonomy is a chronicle of the past, a diagnosis of the present and a prediction of the future - the ultimate guide to understanding the driverless car and to navigating the revolution it has sparked.

Autonomy: The Quest to Build the Driverless Car - and How It Will Reshape Our Worldに寄せられたリスナーの声

As an engineer, I battled to put this book down. This gave me a better protective of what it took to develop one of the most amazing and most disruptive technologies of the last 100 years, how it is unfolding and what the future may hold.

The book was really well written and narrated, however I felt it needs a little more polishing on the editing department. About half way through there were a couple of sections that were repeated and another one where the narrator cleared his throat and it was not edited out, giving it a slightly unfinished feel, but nothing too off-putting.

Meticulous, balanced and totally absorbing.
An audible I put to one side for a number of months. A big mistake as this goes along at a cracking pace.
Well done Lawrence for the words and well done George...a great narration