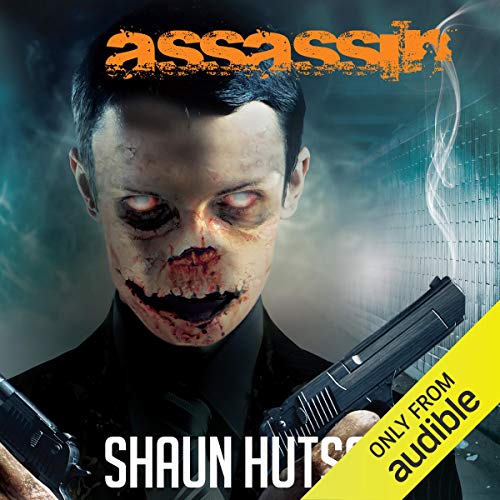 London is gripped by the bloodiest outbreak of gang warfare ever seen. Shootings in the street, kidnappings, bombs and car chases have become commonplace.

The gutters are running red with blood and the Police are powerless to stop it. Frank Harrison had ruled gangland unopposed for more than two years and yet someone is out to wipe him and his men from the face of the earth. Who and why?

The answer, when it comes, will test not just Harrison's courage but his sanity too. For him, there is only one way to fight back against an enemy he can barely believe he faces.

So into this world of violence, corruption, madness and death comes the Assassin. A force more powerful than vengeance, more lethal than a lorry full of high velocity weapons and more terrifying than any nightmare...

Shaun Hutson is one of the UK's best known horror writers and author of over 50 books. He made his name with best-sellers such as Spawn and Relics – acquiring the nicknames 'The Godfather of Gore' and 'The Shakespeare of Gore' in the process – and has since written a number of dark urban thrillers as well.

He has also written for radio, magazines, television and novelized a couple of Hammer Horror films.

audio was entertaining but story predictable

as a audible+ listener it was a good listen as the narrator was top shelf. story was a bit predictable