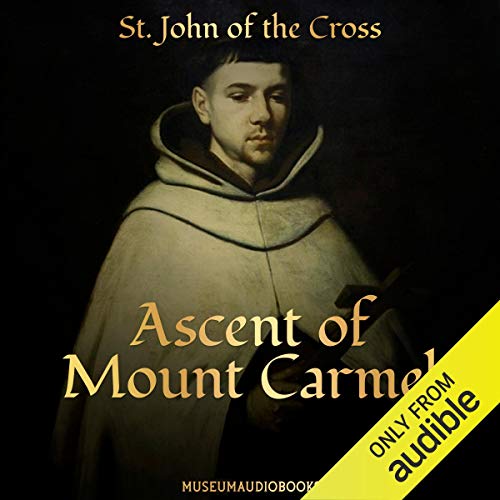 Saint John of the Cross was a Spanish mystic and poet, Catholic saint, Carmelite friar and priest, and a leading figure of the Counter-Reformation. The Ascent of Mount Carmel is divided into three sections, and presented as a commentary on four poetic stanzas. St. John portrays the various mystical experiences that the soul must endure in its ascent to the metaphorical Mount Carmel (the place of God or union with the divine).

The Ascent of Mount Carmel is the introduction to a series of works which encompasses The Dark Night of the Soul, The Living Flame of God, and The Spiritual Canticle; all considered masterpieces of Christian mysticism and Spanish literature.

Do not get this version!

The story is amazing, but unfortunately the narration is absolutely horrible! There's another narrator of the same title that is great! Don't get this one!

The content is great - I’ve read the book. I found this narration impossible to listen too. Very disappointing - it might as well be automated.