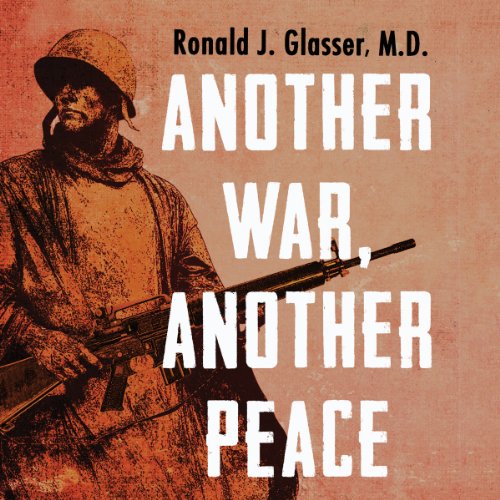 Another War, Another Peace

The powerful story of an unlikely friendship and a doctor’s re-education on the battlefields of the Vietnam War.

Fresh out of medical school and planning to enter academia, David pragmatically applies to serve in the US Army, thinking he would rather work in a stateside military hospital than get drafted. But when he gets reassigned to Southeast Asia, he suddenly finds himself on a base in Vietnam. He joins a civilian aid mission on a supposedly secure plateau, and spends his days dispensing pills to villagers. As David comes to terms with the unexpected factors that brought him to Vietnam, he must adjust to many more twists and turns - among them his relationship with his driver, Tom, a young, rough-hewn Southerner whose reticence feels unnervingly like indifference.

Gradually, however, David sees that there’s far more to Tom than he initially thought. As their friendship grows, David also realizes that his fellow doctors and the troops on base hold widely diverging opinions about the war and its objectives. As it becomes clear that their base is located on a key strategic route - the notorious Ho Chi Minh Trail - and thus a vulnerable target, it’s only a matter of time before battles break out . . .