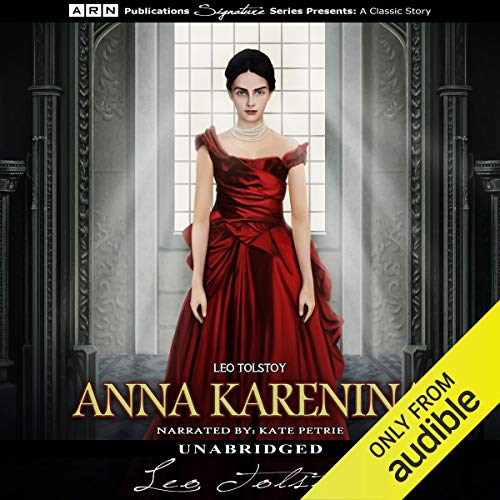 Anna Karenina is widely considered to be one of Leo Tolstoy’s best works. Essentially a tragic love story, Anna Karenina tells the story of the rebellious and beautiful Anna and her passionate affair with Count Vronsky.

Anna’s heartbreaking story unfolds against the colorful backdrop of 19th-century Russia, amid a hypercritical and unforgiving society that will never accept her for who she really is. Longing for passion, Anna indulges in a harmless affair. When the relationship turns serious, she makes the fateful decision to abandon her loveless marriage, but in an era when such things are unheard of, will the consequence of choosing her heart’s desire bring disaster?

Anna Karenina was first published as a serial in the periodical The Russian Messenger from 1873 to 1877. Due to a political disagreement between Tolstoy and the editor, the final installment was not released until 1878 when it was compiled into a book.

Tolstoy has got a new fan! I found his style of writing to be absolutely brilliant. This book, along with Moby Dick, have got to be the two best books that I have ever read. Adding to this masterpiece was the narration done by Kate Petrie. She delivered a wonderful performance throughout the entire book with her change up in voices and style of reading.

Add this book to your collection...you wont be disappointed in the least bit!

This classic was performed exceptionally well

I last read this classic Russian novel 50 years ago. It started me on a Russian novel binge. I decided to go back and listen to the novel to rediscover what it was that fascinated me so many years ago. I was not disappointed. It is reputed to be one of the finest novels ever written. I'm not sure I would go that far only because I thought the details of some of the scenes and the length of the book would not appeal to a younger reader. Personally, I could not put it down. #classic, #russian, #historic, #cultural, #Tagsgiving, #Sweepstakes

A classic and worth the read. Capturing story but feels disjointed at times. Ironically, Anna Karenina is not the most interesting character in the story. The last several chapters are philosophically captivating.

Long, very worth it

Although the book is lengthy, it is worth your time. Feels like a real time, real life story- authentic.