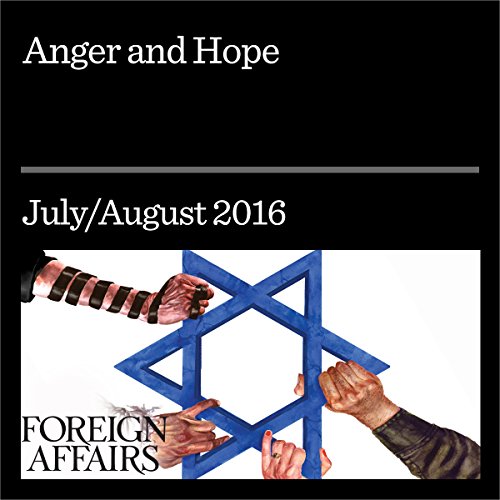 Tzipi Livni has been called the most powerful woman in Israel since Golda Meir. Born to a prominent right-wing family, Livni spent several years working for the Mossad, Israel’s foreign intelligence service, before entering politics. In the decades since, she has held eight different cabinet posts - including minister of justice and minister of foreign affairs - and undergone a dramatic ideological evolution. First elected to the Knesset as a member of Likud, in 2005 she joined Kadima, a new centrist party founded by then Prime Minister Ariel Sharon. A staunch supporter of the peace process, Livni created her own party, Hatnua, in 2012 and then joined forces with Labor to form the Zionist Union before the 2015 election. Now a leading member of the opposition, Livni recently spoke to Foreign Affairs’ managing editor, Jonathan Tepperman, in Tel Aviv.

"Anger and Hope" is from the July/August 2016 issue of Foreign Affairs.