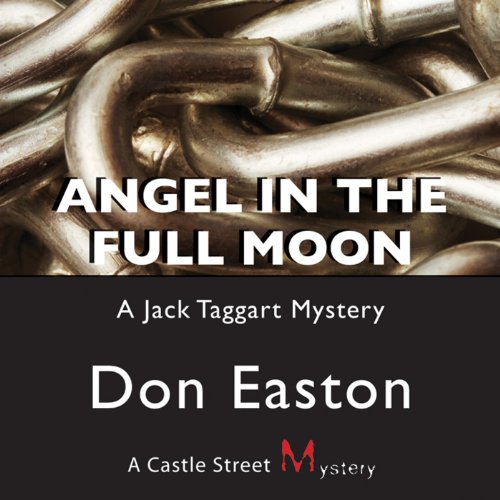 Angel in the Full Moon

In this gritty, gut-wrenching sequel to Loose Ends and Above Ground, Jack Taggart continues as an undercover Mountie whose quest for justice takes him from the sunny, tourist-laden beaches of Cuba to the ghettos of Hanoi.

His targets deal in human flesh, smuggling unwitting victims for the sex trade. It is a story fraught with raw human emotion, and characters so real that they could not be figments of someone's imagination. Jack's personal vendetta for justice is questioned by his partner, until he reveals the secret behind his motivation, exposing the very essence of his soul.

This is the world of the undercover operative: a world of lies, treachery, and deception. A world where violence erupts without warning, like a ticking time bomb on a crowded bus. It isn't a matter of if that bomb will go off - it is a matter of how close you are to it when it does.

In the third book of Don Easton's Jack Taggart Mystery series, the hero receives a tip-off on Russian smuggling that leads him to suspect a major drug organization. What he finds instead is far more sinister, as he and his partner Laura travel to Cuba and Vietnam to uncover an international network of white slavery, human trafficking, and child prostitution. David Drummond proves a great match for the hard-nosed Taggart, his voice managing to be both smoky and smooth. It's redolent of great noir and helps conjure the dark world that Taggart finds in Angel in the Full Moon.