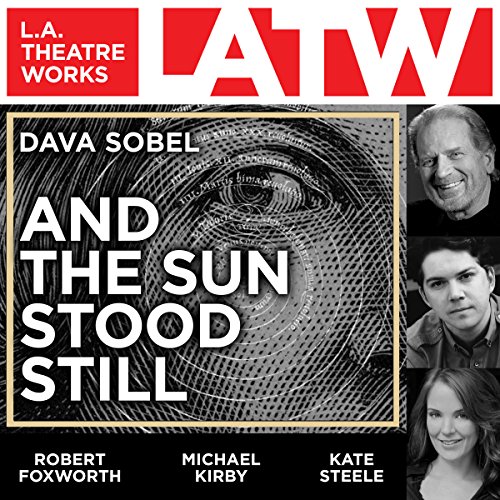 And the Sun Stood Still

Dava Sobel’s thoughtful play brings to life the story of Nicolaus Copernicus, the Renaissance astronomer, and mathematician who proposed the heliocentric model of the universe in which the Sun stands at the center. Plagued by self-doubt and threatened by religious censure, Copernicus resisted the publication of his work until just before his death in 1543. The play follows Copernicus in those final years as he works to complete his research with the help of Georg Rheticus, a young disciple from Wittenberg, Germany.

Includes a conversation with playwright Dava Sobel, author of A More Perfect Heaven: How Copernicus Revolutionized the Cosmos.

Recorded at The Invisible Studios, West Hollywood in February, 2015.

And the Sun Stood Still is part of L.A. Theatre Works’ Relativity Series of science-themed plays. Lead funding for the Relativity Series is provided by the Alfred P. Sloan Foundation, bridging science and the arts in the modern world.

the best part was the Q&A at the end

There just wasn't a lot of meat on the bone. The voices were not cast well. There was passage of time in the play, but there was nothing in the audio performance to demonstrate it.