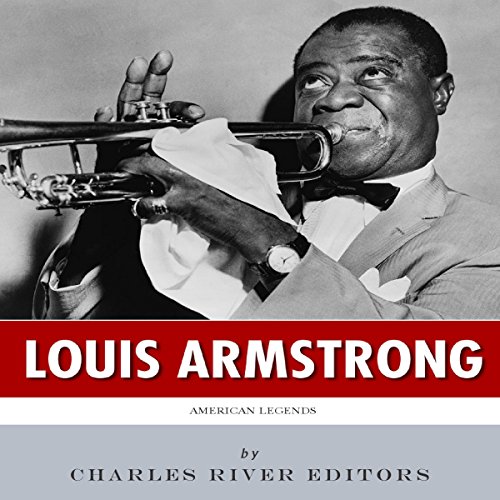 "If you have to ask what jazz is, you'll never know." (Louis Armstrong)

A lot of time has been spent covering the lives of history's most influential figures, but how much of the forest is lost for the trees? In Charles River Editors' American Legends series, listeners can get caught up on the lives of America's most important men and women in the time it takes to finish a commute. And they can do so while learning interesting facts long forgotten or never known.

Louis Armstrong once claimed, "Every time I close my eyes blowing that trumpet of mine - I look right in the heart of good old New Orleans.... It has given me something to live for." This statement conjures an image that most anyone familiar with jazz music can recall: Armstrong clutching his trumpet forcefully, his eyes closed in a manner that distances him from his physical surroundings in favor of a perfect harmony between the man and his instrument. As Armstrong alludes to in this remark, this connection also speaks to the enduring influence of his New Orleans background that informed his musical style. Indeed, it continued to live on through his music. While performing, Armstrong appeared lost in a reverie. It was a condition that imbued his performances with a kind of mythical flair, as if one were watching a man consumed by a moment of transcendence. In other words, if the music of Louis Armstrong produced an emotional response in the listener, this invariably paled in comparison to the deep, organic pathos he was able to produce through his music.