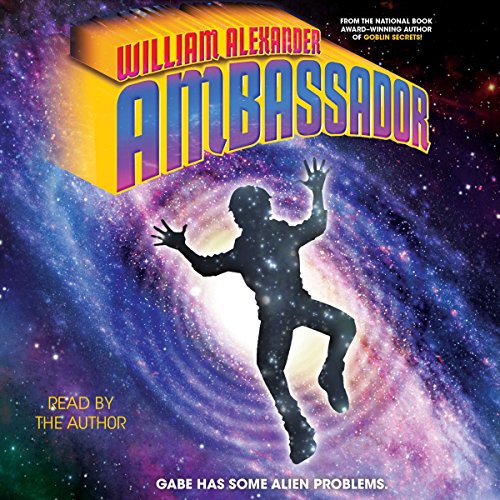 Gabe Fuentes is in for the ride of his life when he becomes Earth’s ambassador to the galaxy in this otherworldly adventure from the National Book Award-winning author of Goblin Secrets.

Gabe Fuentes is reading under the covers one summer night when he is interrupted by a creature who looks like a purple sock puppet. The sock puppet introduces himself as the Envoy and asks if Gabe wants to be Earth’s ambassador to the galaxy. What sane 11-year-old could refuse?

Some ingenious tinkering with the washing machine sends Gabe’s "entangled" self out to the center of the galaxy. There he finds that Earth is in the path of a destructive alien force - and Gabe himself is the target of an assassination plot. Exactly who wants him out of the way? And why?

Back home, Gabe discovers that his undocumented parents are in danger of being deported. Can Gabe survive long enough to solve two sets of "alien" problems? He runs for his life, through Minneapolis and outer space, in this fast-paced adventure from a National Book Award-winning author.