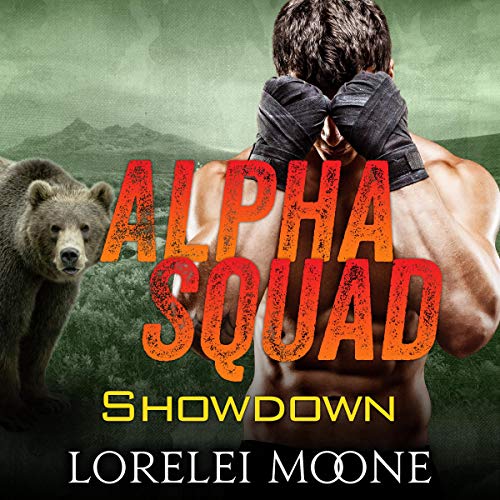 Murder, mayhem, and an inappropriate attraction.

The Alpha Squad series is a lot more fun if listened to in order. Please consider starting at the beginning, with Alpha Squad: Boot Camp.

Sean McMillan has always lived a life more human than shifter. Upon joining Alpha Squad, he is thrust into a whole new world, which is taking some getting used to. When two shifters turn up dead under suspicious circumstances in the otherwise quiet town of Inverness, Scotland, Alpha Squad is sent in to uncover the truth. So far, so easy; murder investigations are what Sean does best. Trouble is, one of the witnesses is able to distract him with just her presence. And he can’t shake the feeling that she knows more than what she’s letting on.

Lab assistant Erin Reid thought her work at the research project led by leading Geneticist Professor Blake was benign enough, if excruciatingly boring. Little did she know that they were all embroiled in a deadly conspiracy. When she finds out what she’s been involved in, the resulting guilt weighs heavily on her, and she vows to make things right and help Sean's investigation in any way she can.

What starts off as an ordinary murder investigation quickly turns into something bigger and more dangerous than anyone on Alpha Squad could foresee. Is shifter enemy number one, Victor Domnall, back with a plan more devious than ever? Can Sean and Erin put all the pieces of the puzzle together before it’s too late? And what about that inexplicably deep connection they've started to form, ever since their first meeting?

Join Alpha Squad in this suspenseful paranormal romance you won’t want to pause. If you like Alpha City by Bryce Evans or Bear Patrol by Scarlett Grove, then you will love the Alpha Squad series by Lorelei Moone!