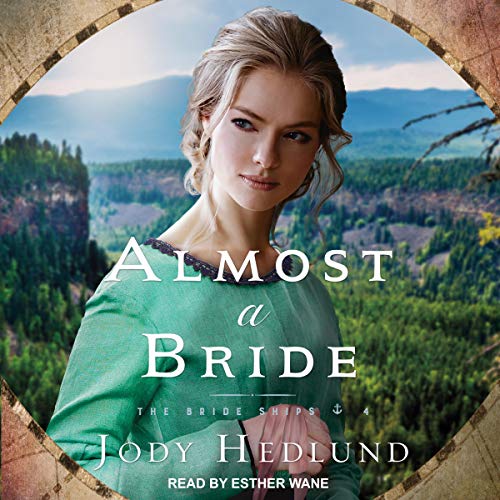 Always close, but never a bride.

Longing to find true love, Kate Millington arrives in British Columbia on a bride ship. With countless men waiting to snag a bride, Kate has no trouble getting engaged. It's staying engaged that's the problem. After traveling to the remote mining town of Williamsville to marry her newest fiance, she finds herself single again.

As the prosperous owner of a gold mine, Zeke Hart has everything he's ever wanted except for a wife. At Kate's arrival, he takes it upon himself to protect his childhood friend from the men clamoring to court her. The more he renews her friendship, the more he wants to win her for himself. But as much as Kate admires Zeke, she's resolved not to marry someone who doesn't share her faith.

When Zeke begins receiving anonymous threats, he unwittingly puts them both in grave danger. In the midst of peril, the past rises up to haunt them both, and Zeke realizes the fight for Kate's affection may be his biggest challenge yet.

I’ve enjoyed some of the other Brideship books... but this one was awful... i was really disappointed and kept hoping it would get better... they would mature and do the right thing... instead of hurting others around them in the name of love for each other. But it never got better.

Readers voice ruined the story for me

The reader had no range of emotions in her tone and read the voice of the leading man as if he was an 80 year old man with a shaky voice.

If I had read this story it would have been a cute story but the reader ruined it for me.

Great book except pronunciation of some of the

Loved the continuation of the story, but the pronunciation of crutch came out as crotch multiple times.