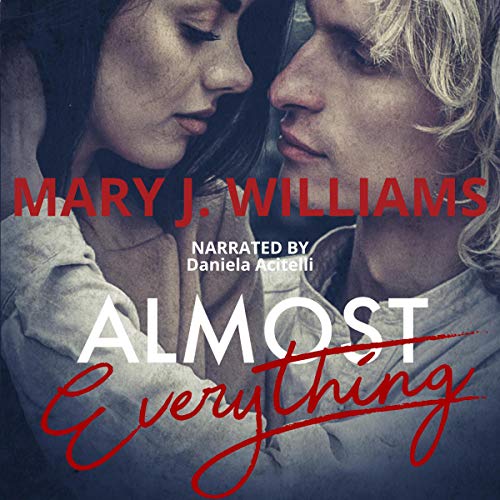 Rock star on the run!

Morgan left everything behind. When his past finally catches up, he has nothing to lose. Except one last chance at love.

The most mysterious member of Razor’s Edge, Morgan McCloud had all kinds of good reasons to keep his past a secret. On the run and desperate to protect the only person he ever loved, he changed his name, altered his appearance, and tried to blend in. In the process, he found a family, a rock band of brothers who gave him a purpose and a place to belong.

Happy with his life, Morgan never dreamed in a blink of the eye, their under-the-radar group would go from playing dive bars to filling stadiums all over the world.

Money and chart-topping records were great, but he knew he played with fire. Time wasn't on his side.

When the inevitable happened and Morgan's cover was blown, he ran - again. Right back to trouble and the woman who broke his heart.

Now, with nothing left to lose, he plans to take back his life.

India broke his heart, but she had her reasons. Morgan can't forget, but can he forgive? Will they get their second chance at love?

Almost Everything is a stand-alone novel.

Another touching second chance romance. Loved Morgan and India. I kind of wished Joplin had a bigger part. The narrator did a good job.

The chemistry sizzles from the pages and suck you in so deeply until you feel the heat and electricity thrumming through your veins. The characters are authentic and realistic with qualities and traits that transforms into outstanding personalities. The scenes are abundantly detailed and descriptive it gives you a full understanding and realism that flows through smoothly. Remarkable job thanks for sharing !
overall storyline five stars the narrator was fabulous brought the story to life everywhere tantalizing word