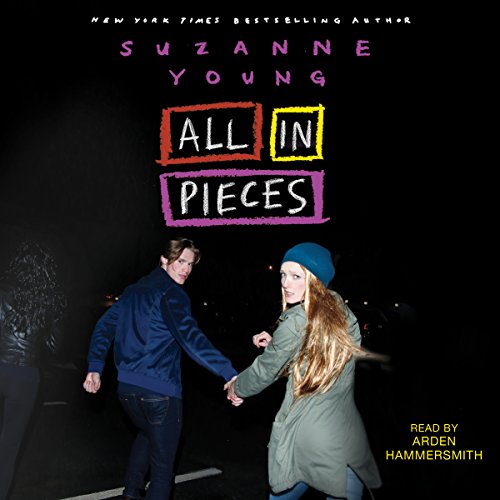 From New York Times best-selling author Suzanne Young comes a heartrending new novel about a girl struggling to deal with anger issues while taking care of her younger brother with special needs.

That's how they classified Savannah Sutton after she stuck a pencil in her ex-boyfriend's hand because he mocked her little brother, Evan, for being disabled. That's why they sent her to Brooks Academy - an alternative high school that's used as a temporary detention center.

The days at Brooks are miserable, but at home, life is far more bleak. Savvy's struggling to take care of her brother since her mom left years ago, and her alcoholic dad can't be bothered. Life with Evan is a constant challenge, but he's also the most important person in the world to Savvy.

Then there's Cameron, a new student at Brooks with issues of his own - a guy from a perfect family that Savvy thought existed only on TV. Cameron seems determined to break through every one of the walls Savvy's built around herself, except if she lets herself trust him, it could make everything she's worked so hard for fall apart in an instant.

And with her aunt seeking custody of her brother and her ex-boyfriend seeking revenge, Savvy's fighting to hold all the pieces together. But she's not sure how much tighter she can be pulled before she breaks completely.

This was my first book from author Suzanne Young and it definitely won't be my last. I really enjoyed this one and I can't wait to get my hands on more from her.

The life of Savannah Sutton hasn't been and easy one and at time my heart broke for her. She's dealt with and is dealing with a lot in this book and I liked that no matter what life threw at her she picked herself up and kept persevering. I admire her and wish I was more like her.

I was already a fan of Suzanne Young's work based on The Program series so I had great hopes for All in Pieces. This one is very different from that series in that the story is contemporary and a true slice of life. The simple description is that it is the story of a girl with "anger management issues" who is sent to a special school after stabbing someone with a pencil. We think know right away why she did it but part of the appeal of Suzanne Young's writing is that the story is multi layered--there is so much depth to this story and the reasons are not as simple as they initially seem. I am an adult and confess that this book brought up some strong emotions. The characters are all flawed, just like in real life. I hate the YA trend of having characters that are so perfect that they don't resemble anyone in real life. This story felt authentic. Well worth the credit!

Words can't describe this book enough todo it justice. A must read for abuse survivors!