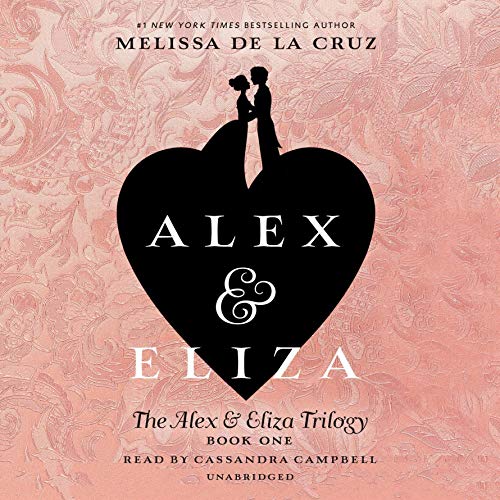 From the number-one New York Times best-selling author of The Witches of East End and the Descendants series comes the love story of young Alexander Hamilton and Elizabeth Schuyler.

As battle cries of the American Revolution echo in the distance, servants flutter about preparing for one of New York society's biggest events: the Schuylers' grand ball. Descended from two of the oldest and most distinguished bloodlines in New York, the Schuylers are proud to be one of their fledgling country's founding families and even prouder still of their three daughters - Angelica, with her razor-sharp wit; Peggy, with her dazzling looks; and Eliza, whose beauty and charm rival those of both her sisters, though she'd rather be aiding the colonists' cause than dressing up for some silly ball.

Still, Eliza can barely contain her excitement when she hears of the arrival of one Alexander Hamilton, a mysterious, rakish young colonel and General George Washington's right-hand man. Though Alex has arrived as the bearer of bad news for the Schuylers, he can't believe his luck - as an orphan, and a bastard one at that - to be in such esteemed company. And when Alex and Eliza meet that fateful night, so begins an epic love story that would forever change the course of American history.

I've had this in my Wish List for a while...I finally decided to give it a try. While not terrible, this book was mostly boring. The writer didn't focus enough on the relationship b/w Eliza and Alex...she didn't convince me of their love or endear me to their relationship.

I'm a little behind on the whole "Hamilton" craze, but this was a great historical fiction about Alexander Hamilton and Eliza Schuyler. The characters were well developed and the story was interesting. I found myself looking up more information on some of the main characters to enhance my history knowledge.

I enjoyed this very much. Wholesome fun story which is surprisingly unpredictable. Great way to learn a little history. Narrator told story in easy relaxing manner.

This book made that aspect of history more accessible. Pretty much, if you mix history with a little romance, I’m in. I look forward to the sequel!

The audiobook was great! It wasn't terrible but it wasn't amazing either. The plotline wasn't great either but the speaker was loud and clear which was good. Good speaker not so good plotline.

While I liked the idea of the story line, I found the characters flat and too perfect/ without flaws to be believable. More "fiction" than "historical fiction".

Expected so much more

I decided to read this book because I did have some struggle with the lack of the love story in the musical and this book promised me a love story that " will shape a nation " so I was so excited to dive into this no matter what .. alas, all those hopes were squashed the moment Alexander ( Alex
) first made aapearance in the schyler house .. he was such a dull character and did not feel like a great worrior who is the right hand mand for colonel Washington .. and Eliza made matters worse with her typical generic character of Elizabeth Bennet .. no depth in her character and struggle at all ..the love story was just a remake of pride and prejudice and not even a good remake at that .. I didn't find any enjoyment reading (or listening) to this book except for the last few chapters since the story does end on a happy note
the narrator did the best she could for the book but even her nicce performance couldn't get me interested in the story

Too Much Fluff and Fiction

Yes, the title is Alex and Eliza, names in the familiar, and yes the title includes the words love story, but the story is far too much fluff and fiction for my taste.

This was a very sweet and innocent love story. A pleasant listen that didn't require much of an investment on the readers part, which can be quite relaxing. It was very predictable however, and it would be nice to have some less static/mary sue characters

great narrator, predictable story. nothing great, but an enjoyable way to spend a day snowed in.

I was just so disappointed by this book. Having extensively studied this topic, I was just expecting this book to be... more. But it was slow and dry and boring. The characters are completely different to how they were in history, which I think is the major tragedy of this book and the blatant manipulation of historical events was painful to read.