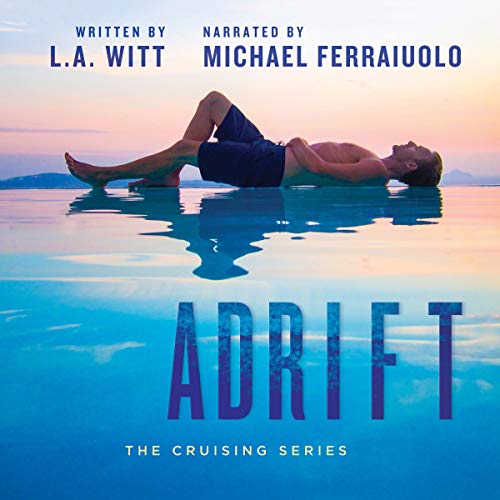 After Andrew Wentz loses his job, his parents take pity and invite him to join them on a Mediterranean cruise. He jumps at the chance, but once he’s aboard, he feels guilty. Shouldn’t he be figuring out what to do with his pathetic life instead of lazing around on a ship?

The cruise was supposed to be Eric Schofield’s honeymoon, but one cheating fiancé later, he’s traveling solo. Fine. He’s been working too much anyway, so a vacation is exactly what the doctor ordered. He’s on a boat with plenty of hot men, and he’s determined to invite as many of them as he can into his stateroom’s king sized bed.

When the two men run into each other - literally - it’s crush at first sight. Now Andrew can’t think of anyone else, and Eric only wants one man in his bed. The sparks fly, and it’s the perfect vacation fling, especially since ten days isn’t nearly enough time to develop feelings.

At least, it’s not supposed to be.

This transgender gay romance is 49,000 words.

Short, sexy and sweet! I feel the author did an excellent job writing this love story. Excellently narrated as usual. Highly recommend!

Apparently Audible decided not to post my original review, so here’s one that’s much shorter - but just as poignant.