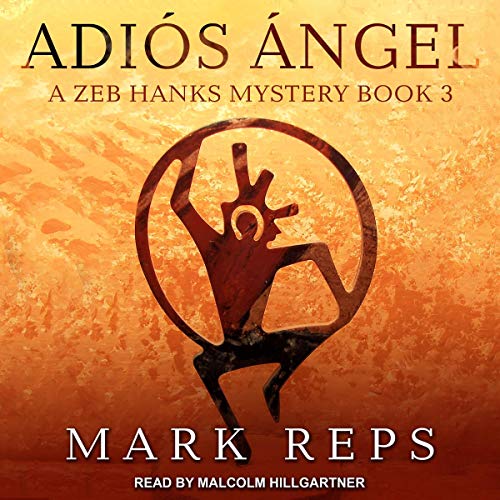 Sheriff Zeb Hanks has his hands full when sociopath Jimmie Joe Walker, recently released from an Arizona state prison, masterminds a devious plan to make himself filthy rich. His plan involves Ángel Gomez, a down-on-his-luck half Mescalero Apache/half Mexican. Ángel's alcoholism and far-fetched dreams make him an unwitting dupe in Jimmie Joe's plans, which end up endangering Ángel's own life, as well as the lives of those he loves.

Set in and around the mining towns of Safford and Morenci, Arizona, and near the San Carlos Apache Reservation, this Sheriff Zeb Hanks tale takes the listener on quite a ride. While dealing with the consequences of choices he has made, Zeb is confronted with inconceivable loss in his personal and professional life.

Deputy Kate Steele's relationship with Eskadi Black Robes, Tribal Chairman of the San Carlos Apache Reservation, becomes conflicted as she works with Josh Diamond, local gun shop owner, to provide support for the sheriff. Ultimately circumstances cause Sheriff Hanks to question everyone and everything in his world, shifting his very foundation.

well, a let-down for the climactic scene

I'm just finishing the book, and for the most part I trust this author to spin a really engrossing story,
BUT he's going to have to work on putting together a coherent climax scene a bit better. I mean, you've
portrayed a really evil genius kind of guy so the whole scene could have much longer and drawn-out and,
well, juicy..enough said.

I will read the next one