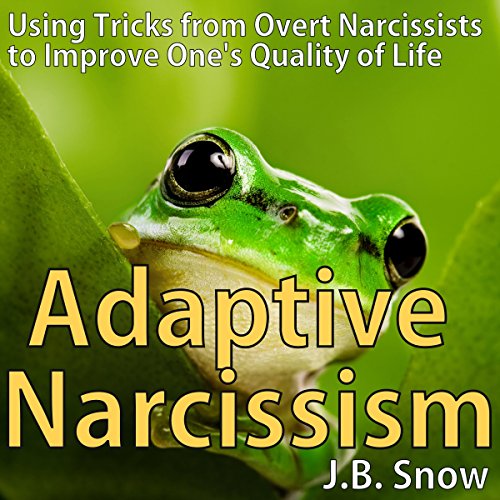 Most of us have heard that narcissism and narcissistic personality disorder can cause a person to exhibit a whole slew of negative and unhealthy behaviors. Malignant narcissists often cause significant emotional damage and trauma to their victims. Narcissists may employ overt and covert abuse to those around them. Many narcissists make others the victims of their adult tantrums, their inattentiveness and their lack of manners.

But is narcissism really all that bad? Aren't there healthy levels of narcissism that one can exhibit? When we see an extroverted person who is quite successful in their life and in their career, we might stop to wonder whether narcissism is truly a bad thing. After all, some people who exhibit narcissistic traits might seem to have endless self-esteem, energy and self-confidence.

This audiobook seeks to define the difference between adaptive and maladaptive narcissism, who is affected by both, and what can be accomplished in those who have adaptive narcissistic traits. We can determine what level of narcissism and self-centric behavior is healthy, and what levels are considered unhealthy and damaging to a person and to those around them.