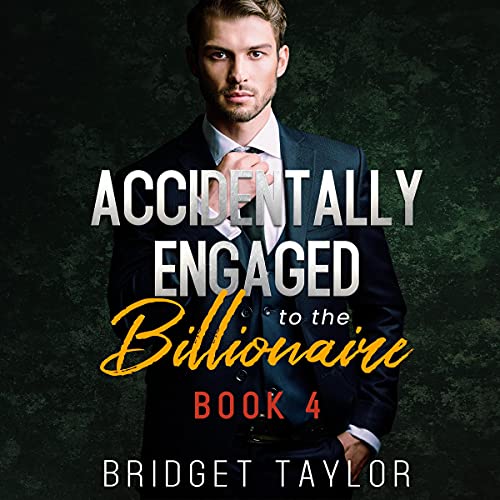 Bridget Taylor is finally back with a new series - the Accidental Engagement series (Accidentally Engaged to the Billionaire Romance series)! It has been a while since her successful releases of the Broken Innocence series and the Ink Romance series. At the encouragement of her fans, she has finally released a new series. This is her best work yet!

This is book four of the new series. You will find this new series longer than the previous series! As a thank you for returning fans and for those of you who do not know her yet, she has included as bonus in this version, the entire Ink Romance series (books one through five) and the entire Broken Innocence series (books one through five). Not only are you getting book four of the new Accidental Engagement to the Billionaire series, but you're also getting two entire series (10 books in total) of her other two best-selling series. They are awesome!

Charles and Jane have finally said I do and are off on their honeymoon. However, neither is looking forward to spending time with the other. Jane has plans to spend as much time away from Charles as possible on this trip. All of her hopes and dreams come crashing to a halt when a blizzard hits, stranding her and Charles at the airport. But will spending the night alone in a hotel room together be too much temptation for the sexual tension that has slowly been building since their fated kiss?

Anna, who is accompanying the newlyweds for their honeymoon, runs into the one man she never thought she would see again. Her ex-husband, Evan, who is also stranded with her at the airport. With Helena and James trapped together at Charles’ mansion, and Anna, Evan, Jane, and Charles trapped within the airport, will they all survive? Or will they give into their temptations?

Accidentally Engaged to the Billionaireに寄せられたリスナーの声