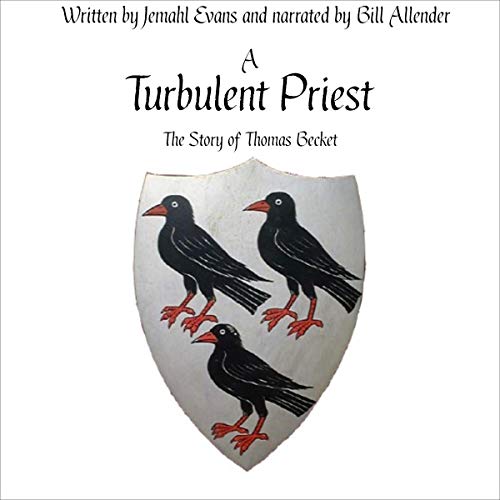 "A compelling and evocative re-imagining of the events that led to this most infamous of murders; full of wit and pathos." (Hana Cole, author of The Devil’s Crossing)

Thomas of London, Chancellor of England, has spent a lifetime as a clerk, administrator, and ambassador. Now he must prove himself a warrior and leader of men, if his friend and master King Henry II of England is to achieve his ambition to rule all France.

The fiery King and calculating Chancellor are as close as brothers, but many at court see Thomas as an upstart. Becket must fight on a political as well as military front.

The city of Toulouse controls trade into Spain and the Mediterranean. With it in English hands, Henry will control more of the Frankish Kingdom than Louis VII of France.

The French King and Count Raymond of Toulouse, will stop at nothing to save the city and France from the greatest English host ever assembled.

Thomas and the English army must prove their mettle, or be condemned to defeat on foreign soil.

Thomas of London, the reluctant Archbishop of Canterbury, was an ambitious courtier who thought of nothing but pleasing his King. Now he must prove to the English church and his former master that he has been directed towards a new calling.

The fiery King Henry II and calculating Archbishop were once as close as brothers. But their professional duties impinge upon their personal relationship.

Crown and church, embodied in the persons of King and Archbishop, must confront one another.

Henry aims to subdue the rebellious clergyman in Northampton, but Thomas plans to escape to the Pope in France.

King Louis of France and Pope Alexander are both wary of supporting the Archbishop and angering the vindictive Henry.

As agents scour England for the rebel, Thomas must evade them and find allies in his perilous dispute with the English King.

The road to liberty will be a bloody one.

Thomas of London, the rebellious Archbishop of Canterbury, has made peace with Henry II, after six long years in exile.

Henry and Thomas are both prepared to put past differences aside, but there is little trust left between the two former close friends and allies. A single ill-judged word or action could spark a conflict between the two men - and church and state.

Thomas’s return to England threatens the interests of Henry’s barons and his enemies in the church. They will stop at nothing to destroy the popular, but proud, clergyman.

Back in Canterbury, Thomas is intent on taking his revenge on those who conspired against him, whatever the consequences.

News that Thomas has excommunicated royal supporters soon reaches the King. It is the last straw for the Henry. He explodes in a rage, calling on four knights to rid him of his "turbulent priest". They are words that will resound down the centuries and leave Henry with a lifetime of regret.

With no hope of a lasting peace between the King and Archbishop, there can be only one, bloody, conclusion.

Jemahl Evans is the author of the acclaimed Sir Blandford Candy series of novel. He lives in West Wales.

A Turbulent Priest: The Story of Thomas Becketに寄せられたリスナーの声