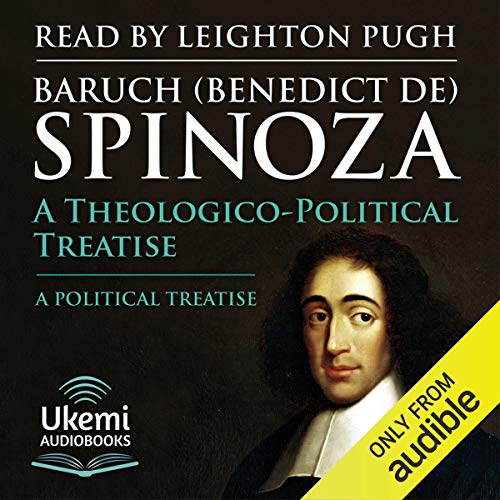 Though it first aroused anger and controversy rather than admiration and acceptance, A Theologico-Political Treatise was a landmark in the analysis of theology (with particular reference to the Bible and its Jewish and Christian interpretations) and its relationship to philosophy and politics. Spinoza’s scholarly analysis, based on careful study, demonstrated that the Bible was composed by many writers over the centuries - and that even the Pentateuch, the first five books, were not the work of Moses, as was generally assumed at the time.

When the treatise appeared in 1670, this was highly controversial, questioning as it did the nature of God and miracles. Further, theology and philosophy, he maintained, should be kept separate. The treatise is also notable for the unequivocally libertarian view Spinoza promulgated: ‘Everyone should be free to choose for himself the foundations of his creed, and that faith should be judged only by its fruits; each would then obey God freely with his whole heart, while nothing would be publicly honoured save justice and charity.’

Baruch Spinoza was born in 1632 into a Sephardic/Portuguese family in Amsterdam but left Judaism, embraced Christianity and died in 1677 a highly learned philosopher. Best known for his Ethics, which, for his own safety, was published posthumously, A Theologico-Political Treatise was published in his lifetime, though anonymously. It underpinned his later reputation as the father of modern metaphysics and moral and political philosophy. Its unmistakable blend of considered scholarly argument with passionate declarations make it lively and relevant listening even in the 21st century.

A Political Treatise, in which Spinoza set out to examine three forms of government - monarchy, aristocracy, democracy - was left unfinished at his death but reflects a clear-thinking analysis presented through a 17th century prism.

A Political Treatise: translation by A. H. Gosset.

Premises are taken as fact without proof

Scripture is deemed unreliable and reduced to just "love your neighbor". No proof is given for treating scripture this way, only some disputes in genealogies and some supposed contradictions. Spinoza then attempts to give us his replacement for the law of Moses he has just expunged from scripture.
Spinoza's arguments in are weak and contradictory. Ending up with conclusions such as God = laws of nature = man is of nature = thoughts of Man = thoughts of God. To Spinoza it would seem, God is human reason, and therefore to love God is to love philosophy. Such ideas make for some very confused arguments and conclusions later in his book.
Far better to just read the Bible yourself and come to your own conclusions.