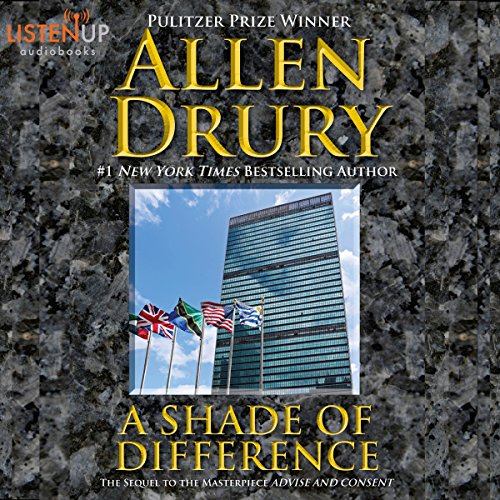 A Shade of Difference

The sequel to the Pulitzer Prize-winning best seller Advise and Consent from Allen Drury, the 20th-century grand master of political fiction - a novel of the United Nations and the racial friction that could spark a worldwide powder keg.

International tensions rise as ambassadors and politicians scheme, using the independence of a small African nation as the focal point for hidden agendas. A cascade of events begun in the General Assembly Hall of the United Nations could lead to the weakening of the United States, the loss of the Panama Canal, and a possible civil war. Allen Drury paints a vivid and laser-accurate portrait of Washington and international politics, from top-secret conferences to elite cocktail parties, club luncheon rooms, and the private offices of the key players in government. This novel is as relevant today as when it was first published.