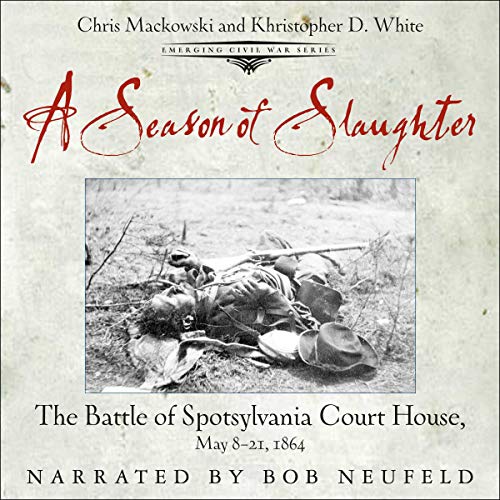 “[A] wonderful book for anyone interested in learning about the fighting around Spotsylvania Court House or who would like to tour the area. It is well written, easy to read, and well worth the price.” —Civil War News

A gripping narrative of one of the Civil War’s most consequential engagements.

In the spring of 1864, the newly installed Union commander Ulysses S. Grant did something none of his predecessors had done before: He threw his army against the wily, audacious Robert E. Lee and his Army of Northern Virginia over and over again.

A Season of Slaughter is part of the new Emerging Civil War Series offering compelling, easy-to-listen overviews of some of the Civil War’s most important stories. The masterful storytelling is richly enhanced with hundreds of photos, illustrations, and maps.