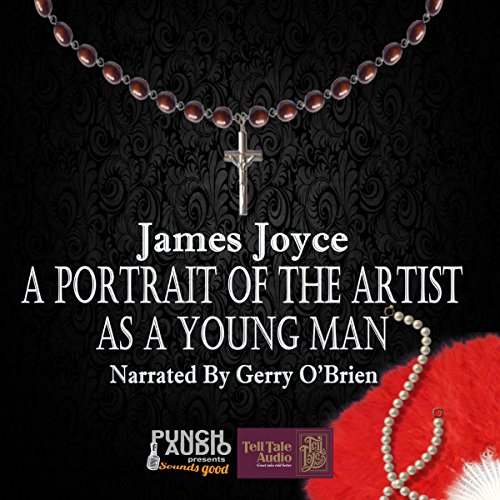 A Portrait of the Artist as a Young Man is the first novel of Irish writer James Joyce. A Künstlerroman in a modernist style, it traces the intellectual and religious philosophical awakening of young Stephen Dedalus, a fictional alter ego of Joyce and an allusion to Daedalus, the consummate craftsman of Greek mythology. Stephen questions and rebels against the Catholic and Irish conventions under which he has grown up, culminating in his self-exile from Ireland to Europe. The work uses techniques that Joyce developed more fully in Ulysses and Finnegans Wake.

A Portrait of the Artist as a Young Manに寄せられたリスナーの声

I didn't recognize Gerry O'Brien's name or the name of the company, so I hesitated about getting this. I shouldn't have. It's a wonderful reading of Joyce's novel - clearly articulated, well-paced, and very Irish. The priest's lecture on hell made my hair stand on end. Please - please, Mr O'Brien - find it somewhere in your heart (and schedule) to do Ulysses as well!

Most should know the story, but his performance is TOPS!!!

Just loved, loved, loved the narration. What a performance. I sampled many, if not all, that were available. Mr. O'Brien's reading, excellent pace, perfect accent, and characters bring this now 100 year old novel to new life!!! Bravo, Sir!!! Bravo!!!

A Portrait of the Author as a Young Writer

A number of people who had read "Portrait" expressed misgivings with the novel. Having first been exposed to Joyce with "Ulysses" I understand how Joyce can be a bit much for some readers but, by the end, I was quite appreciative of his odd and groundbreaking style . It was with "Portrait" that Joyce's style first manifested as layers upon layers of stream of consciousness weave a somewhat autobiographical tale of Joyce's youth. Because our backgrounds ring similar, having been very religiously devout young men that metamorphosed into adulthood of doubt, non-belief and intellectual pursuit, it is easy to understand why people who may have held onto belief may have a hard time relating to Joyce. "Portrait" can be frustrating and challenging and was controversial in its day for sexual and religious themes. But, ultimately, his writing is beautiful and poignant and soul candy for those who doubt and ask questions to the frustration of a world that just wants you to believe and be quiet. We should be grateful he never obeyed.

Even though this book is a difficult on to read, Gerry O'Brien's crystal clear narration made it easier, with accurate pronunciations and appropriate punctuation made this modernist masterpiece easier to read (listen).