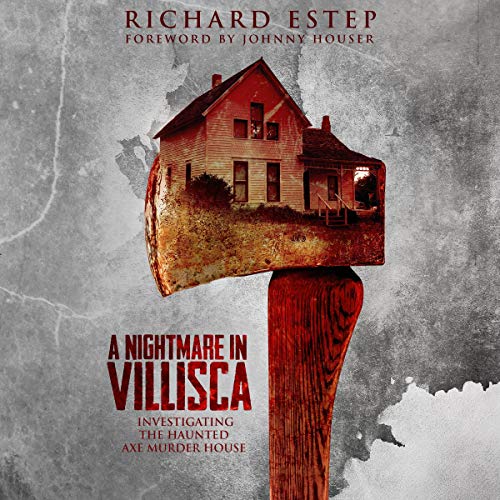 A Nightmare in Villisca

In the early morning hours of June 10, 1912, an intruder forced his way into the house of Josiah Moore and his wife, Sara. During the nightmare that followed, everybody in the house — Mr. And Mrs. Moore, their four children, and two young girls who were visiting for the night — was murdered with an axe. The small town of Villisca, Iowa, would be scarred forever.

Today, the infamous Villisca Axe Murder House has a fearsome reputation for being haunted. Each year, hundreds of fascinated people flock to the house, seeking an encounter with the paranormal.

Some get more than they bargained for. Join Richard Estep of TV’s Haunted Hospitals and Paranormal 911 as he and a small team of investigators lock themselves inside the Villisca Axe Murder House and delve into its deepest, darkest mysteries.

Not your average paranormal book

Sounds like the author was trying to solve the murders than do a paranormal investigation. It seems that each person was giving their own opinions on the crime and acting like criminologists. I am highly skeptical of ouija boards and dowsing rods because they can be easily manipulated. As a paranormal investigator myself, I like to capture my own evidence using scientific resources. I would like to do my own investigation of this house.

very good, was a easy listen ,and detailed. The narrator sounded like a robot though

very sad story, but interesting the paranormal investigators. The reader was also good. looking for more of the same.

One of the better ones.

Some of his books tend to ramble on but this one seems to stay on topic.