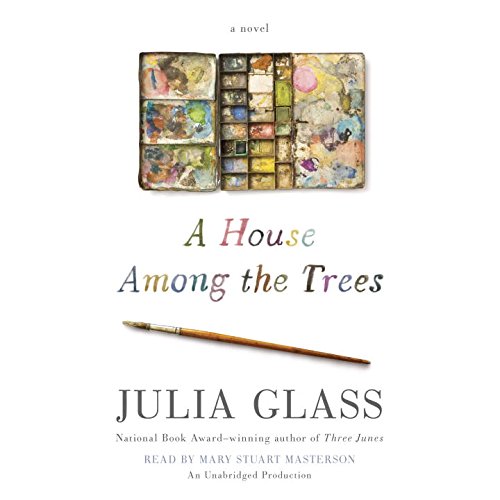 "A fascinating look at a world in which a creative artist becomes a hot property to be both honored and exploited.... A compelling story with fully realized characters." (Michael Cart, Booklist)

"[Narrator Mary Stuart] Masterson allows the characters to fully emerge and gives the stories and the colors in Morty's books a shiny newness. The combination of Glass's exceptional prose and Masterson's understated performance makes this must-listening." (AudioFile)

In Julia Glass's fifth book since her acclaimed novel Three Junes won the National Book Award, she gives us the story of an unusual bond between a world-famous writer and his assistant - a richly plotted novel of friendship and love, artistic ambition, the perils of celebrity, and the power of an unexpected legacy.

When the revered children's book author Mort Lear dies accidentally at his Connecticut home, he leaves his property and all its contents to his trusted assistant, Tomasina Daulair, who is moved by his generosity but dismayed by the complicated and defiant directives in his will. Tommy knew Morty for more than four decades, since meeting him in a Manhattan playground when she was 12 and he was working on sketches for the book that would make him a star. By the end of his increasingly reclusive life, she found herself living in his house as confidante and helpmeet, witness not just to his daily routines but to the emotional fallout of his strange boyhood and his volatile relationship with a lover who died of AIDS. Now Tommy must try to honor Morty's last wishes while grappling with their effects on several people, including Dani Daulair, her estranged brother; Meredith Galarza, the lonely, outraged museum curator to whom Lear once promised his artistic estate; and Nicholas Greene, the beguiling British actor cast to play Mort Lear in a movie.

When the actor arrives for the visit he had previously arranged with the man he is to portray, he and Tommy are compelled to look more closely at Morty's past and the consequences of the choices they now face, both separately and together. Morty, as it turns out, made a confession to Greene that undermines much of what Tommy believed she knew about her boss - and about herself. As she contemplates a future without him, her unlikely alliance with Greene - and the loyalty they share toward the man whose legacy they hold in their hands - will lead to surprising upheavals in their wider relationships, their careers, and even their search for love.

A House Among the Treesに寄せられたリスナーの声

Emotionally quieter than previous Glass novels but a fascinating imaginative journey into one artist's creative life viewed from the perspective of his assistant and companion. Masterson's narration is a revelation and nigh onto perfect.

Would you listen to A House Among the Trees again? Why?

I really like the author and the story, but the reader seems to be reading it for the first time, breaking in the middle of a line and then catching up, phrasing hard to follow because she breaks the flow of the text by not being sure what comes next.

Would you listen to another book narrated by Mary Stuart Masterson?

I found the story dry and emotionless. I blame the narrator perhaps more than the author. I was constantly distracted by the lifeless reading that had pauses in such odd places in the sentence. The story never engrossed me and I did not care one bit about any of the characters. I could have easily put the book down at any point without a second thought except for money spent and a thought that maybe something fresh will happen to engage me.