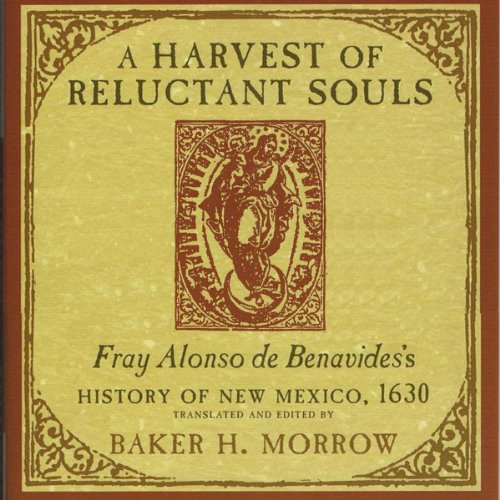 The most thorough account ever written of southwestern life in the early seventeenth century, this engaging book was first published in 1630 as an official report to the king of Spain by Fray Alonso de Benavides, a Portuguese Franciscan who was the third head of the mission churches of New Mexico. In 1625, Father Benavides and his party traveled north from Mexico City to New Mexico, a strange land of frozen rivers, Indian citadels, and mines full of silver and garnets. Benavides and his Franciscan brothers built schools, erected churches, engineered peace treaties, and were said to perform miracles.

Benavides's riveting exploration narrative provides portraits of the Pueblo Indians, the Apaches, and the Navajos at a time of fundamental change. It also gives us the first full picture of European colonial life in the southern Rockies, the southwestern deserts, and the Great Plains, along with an account of mission architecture and mission life and a unique evocation of faith in the wilderness.

The book is published by University of New Mexico Press.

A Harvest of Reluctant Soulsに寄せられたリスナーの声

I wouldn't rely on this as a "history" per se. The translator's comments about the nature of this text, at the beginning of the book, are really important. Fray Alonso de Benavides is writing back to the king of Spain, and he definitely has his own agenda, and is likely trying to please the sentiments and cultural/religious expectations of the Spanish royalty of that era. Nonetheless, the way he describes his journey into New Mexico and his interactions with the native peoples is very telling. This first-person viewpoint does help explain the mentality that led to the exploitation of the Native Americans, and the unapologetic and concerted efforts to destroy their cultures.

This might be an excellent book but the sing song performance is so irritating that after a second attempt I am giving up.

This book gets a good review from others but the reader is so irritating I will use it only to "sing " me to sleep. I listen to a lot of books and the subject matter is very interesting to me but if a sing song voice puts you off get your history with a different book.