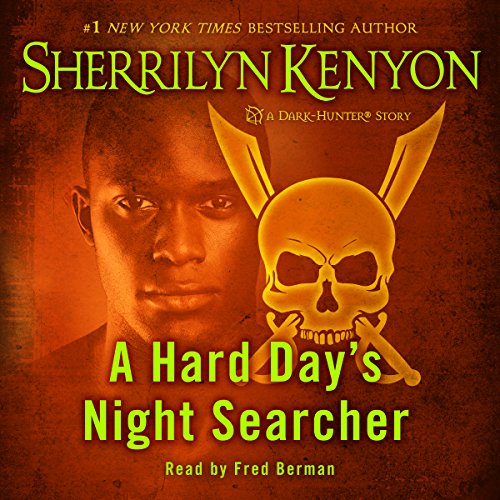 As a Dark-Hunter and an immortal pirate who once intimidated the entire Spanish Main, Rafael Santiago thinks he has it made.

Until his Squire writes a story that threatens to expose their covert world and Celena shows up to kill him for the story.

In order to protect his Squire, he is now forced to endure Celena, who is the greatest aggravation of his life.

Celena, for all her bluster, only wants what's best for all Dark-Hunters, but there's something about Rafael that makes her want to forsake her deepest held oath. That is if her well intentions don't kill him first.

no story but there was a second story!

the plot of the first book was non-existent.

spoiler alert: the characters suddenly "loved" each other w no other reason than they had crushes on each other for years. the DH's past isnt explained. and the girl is willing to get his soul back, so Ash says ok. they dknt know how to drain him of his DH powers so Ash kills him because they r "worth" it. sorry, but wasnt even really a story.

the SECOND book, however, followed Fury. I enjoyed that plot, tho it just sounded like the first few chapters before it ended. maybe it was supposed to be the prologue for the next book in the series...?

all in all, unfortunately, this was my least favorite of the series :(

Another great book by Sherrilyn Kenyon. However, it was just to short. Again great book.

This followed the story of the Dark-Hunter Raphael, a onetime pirate. His lazy and generally incompetent current squire Jeff finds his life in danger after he decides to publish a fictional book series that is a barely disguised rip-off of the Dark-Hunters and their war with the Daimons. The Squire council unsurprisingly take a dim view of this breach of their rules and sends another squire to arrest Jeff. While Raphael agrees that Jeff is a total idiot, he thinks that imprisonment or death would be a bit harsh so he strikes a deal with Celena, the attractive and capable, but extremely paranoid and uptight squire who comes to collect Jeff - Spend a week with as his squire and prove that she can resist breaking any of the squire laws. If she fails, she leaves Jeff alone and if she succeeds Raphael will reveal where he is hiding Jeff.

Left a lot of unanswered questions. It seemed more like only half the story was in this book.

Enjoyed the stories and the narrator. However, I thought the book was 9 hours and it wasn't