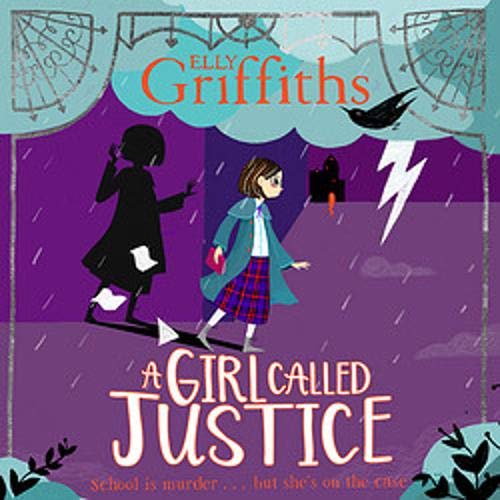 Missing maids, suspicious teachers and a snow storm to die for.... For a fearless girl called Justice Jones, super-smart super-sleuth, it's just the start of a spine-tingling first term at Highbury House Boarding School for the Daughters of Gentlefolk. For fans of Robin Stevens, Katherine Woodfine and Enid Blyton.

When Justice's mother dies, her father packs her off to Highbury House Boarding School for the Daughters of Gentlefolk. He's a barrister - specialising in murder trials - and he's just too busy to look after her alone.

Having previously been home-schooled, the transition is a shock. Can it really be the case that blondes rule the corridors? Are all uniforms such a charming shade of brown? And do schools normally hide dangerous secrets about the murder of a chambermaid?

Justice takes it upon herself to uncover the truth. (Mainly about the murder, but perhaps she can figure out her new nemesis - the angelic Rose - at the same time.) But when a storm cuts the school off from the real world, the body count starts to rise and Justice realises she'll need help from her new friends if she's going to find the killer before it's too late....

My daughter, 10, loved this book and finished it in 2 days!!! She highly recommends it.

Very slowly at the beginning but get lot better.

Wasn't sure at first but halfway got lot better and started to really enjoy it.
Would Listen again.
I would say 13 - 15 years old.

It's an OK story but not one of Elly Griffiths best books. Still worth a read. Figured out the culprit from early on in the story so it didn't grip me.